What is the Ragozin Defence?

Players who open with 1 d4 and 2 c4 know they have to be prepared for a whole range of possible defences.

We recently looked at the Semi-Slav Defence to the Queen’s Gambit, which started with Black meeting 1 d4 in classical fashion with 1 …d5.

This time we are looking at a defence which can also be reached via 1 d4 d5, but there other move orders to consider too.

The transpositional move orders include the following.

This is the basic position of the Ragozin Defence. 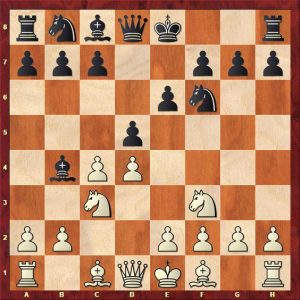 The Nimzo-Indian Defence is extremely reliable and many White players prefer to avoid it altogether with 1 d4 Nf6 2 c4 e6 3 Nf3 (instead of 3 Nc3). This is where Black can be non-compliant and instead of heading into the Queen’s Indian Defence with 3 …b6 they can head for the Ragozin with 3 …Nf6 4 Nc3 Bb4.

The Ragozin Defence was rare until comparatively recently but is now seen frequently at the top level. Magnus Carlsen, Viswanathan Anand and Levon Aronian all use the defence on a regular basis.

In former times, the great American swashbuckler Frank James Marshall used regularly, even before Viacheslav Ragozin (the man after whom the defence was named) did and even Alexander Alekhine dabbled in the defence. The theme is clear: the Ragozin Defence appeals to those who would like to play for a win as Black.

At club level, it is often overlooked because of the slippery move orders and can even fall through the gaps of books offering a 1 d4 2 c4 repertoire for White.

Black has to reckon with the possibility of other divergences, such as the Catalan Opening (3 g3) which means the Ragozin Defence cannot be used as universal anti-1 d4 weapon.

Nevertheless, it can be very effective, partly because players with White are usually unprepared for the Ragozin and have to improvise over the board (or ‘on the screen’ as we say these days).

White has plenty of options on move five, including:

An early check with 5 Qa4+ This forces Black to play 5 …Nc6 (otherwise 6 Qxb4 will follow), reducing Black’s options (an early ….c7-c5, attacking the centre, is no longer possible). On the other hand, the white queen may end up doing nothing on a4 and time will have to spent bringing her back to the centre.

Keeping the tension with 5 Bg5.

Attacking the centre with a timely …c7-c5, with extra tension on the White positon due to the bishop being more aggressively placed on b4 than e7.

Developing the queen’s knight to c6 rather than d7.

Capturing the c4-pawn with …d5xc4 and in some cases holding on to the pawn with a timely …b7-b5.

Developing the queen’s bishop to c6 after …dxc4, when it will have lots of scope along the a8-h1 diagonal.

All of the above aspects are more difficult for Black to achieve in the normal Queen’s Gambit Declined (1 d4 d5 2 c4 e6). Black is clearly aiming for more than solid equality with the Ragozin Defence.

Aggressive Play in the Ragozin Defence

Black can really push the boat out to seek the initiative by advancing in all parts of the board. 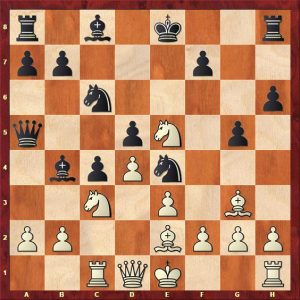 This positon is dynamically equal and Black won after 60 moves.

Levon Aronian, in particular, regularly uses the plan of an early …g7-g5 and his games would be a very good place to find model ways of playing the Ragozin Defence.

However, it is always a mistake to neglect the older masters.

This position, with obvious similarities to the one above, is from a game by Ragozin himself, played over 80 years ago. 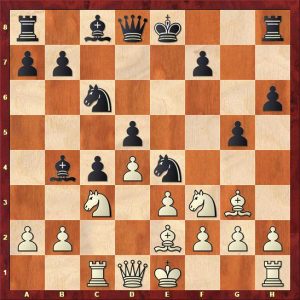 Botvinnik had to go into an endgame a pawn down but he managed to draw on move 41.

For more information on the Ragozin Defence, why not investigate our Chessable courses? 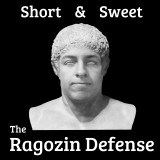 Short and Sweet: The Ragozin Defence