What is the Semi-Slav Defence?

Black has no shortage of ways to play against classical 1 d4 players. True, the London System is all the rage at the moment but there will come a time when even club players will rediscover the truth that 1 d4 followed by 2 c4 (instead of 2 Nf3 or 2 Bf4)  is the best way to play for an advantage in the opening.

1 d4 d5 2 c4 c6 is the Slav Defence and it has a reputation of being a rock-solid opening which can be particularly effective in the hands of positional players.

Combining the moves …e6 and …c6 to bolster the defence of the d5-pawn gives the Semi-Slav Defence, after which the play can become much more tactical than in the pure Slav.

The Basic Position of the Semi-Slav

There are various move orders, in which both players will have their own favourite lines they are going to try and use but this position represents the starting point of the opening. A typical sequence goes: 1 d4 d5 2 c4 c6 3 Nf3 Nf6 4 Nc3 e6. 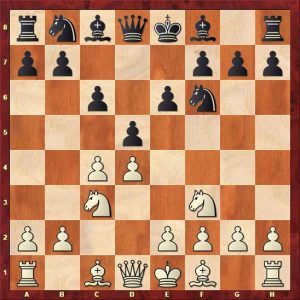 One big difference between the Semi-Slav and other 1 …d5 defences is Black’s threat to play …dxc4 and then hold onto the extra pawn with a subsequent …b5. This is why 5 e3 is one of the most popular moves for White; the bishop is now free to simply recapture on c4.

Black could then use the bishop as a target to expand on the queenside. For example, 5 …Nbd7 6 Bd3 dxc4 7 Bxc4 b5 and White must choose between the various bishop retreats. 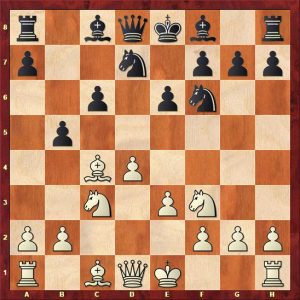 The variation took its name from the Meran tournament of 1924. Even though it had appeared before, with Carl Schlechter and Jose Raul Capablanca featuring on the white side of the board, it was only when Akiba Rubinstein played a fabulous game Ernst Grünfeld in which his advanced queenside pawns played a significant role that the variation began to attract attention. Grünfeld then used it as Black to beat Rudolf Spielmann two rounds later and the Meran name stuck.

As usual, chess theory developed and White players have various Anti-Meran systems at their disposal.

The Meran Variation of the Semi-Slav remains fully viable and has definitely stood the test of time. Viswanathan Anand won two key games against Vladimir Kramnik to win the World Championship in 2008.

If both players are creatively inclined, possess a good memory and have the time put in plenty of preparation, then there is a possibility of seeing one of the most fascinating variations from any chess opening appearing on the chessboard. 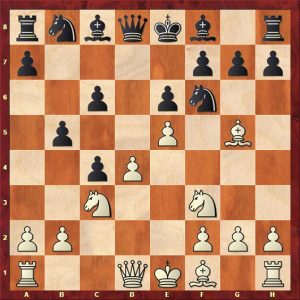 Black appears to be in trouble at first sight, but the position is full of resources. 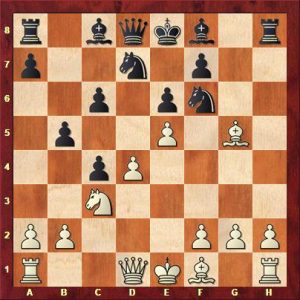 This how the game Denker – Botvinnik (USA vs. USSR, Radio match, 1945) started. This game gave the variation its name. Botvinnik won in 25 moves.

The line had been played before Botvinnik’s name was used and, very interestingly, Ernst Grunfeld was again involved. He won, as Black, in just 23 moves against Van Sheltinga (Amsterdam, 1936).

Grunfeld was clearly a pioneer in various openings, even though his name is linked almost exclusively with his own defence (1 d4 Nf6 2 c4 g6 3 Nc3 d5).

The Botvinnik Variation of the Semi-Slav will continue to attract players who are either free spirits or are extremely well prepared. Garry Kasparov became heavily involved on the White side of the matter in former times and Alexei Shirov can be found on the Black side in several key games.

In short, the Semi-Slav can be played in many different ways, from both sides of the board. It is a fascinating opening that has been played at the highest level and continues to pass the test of time.

For those wanting to find out more, we have the following courses.