It is Checkmate Monday again today and we continue our series with a selection of Grünfeld Checkmates.

Last week we looked at the basics of the Grünfeld Defense, to tie in with the release of our new Chessable course, Lifetime Repertoires: Peter Svidler’s Grünfeld − Part 1. We stay with the Grünfeld Defense for today, with a number of checkmates from games featuring this highly combative opening.

White has all of the fun in the first three examples. 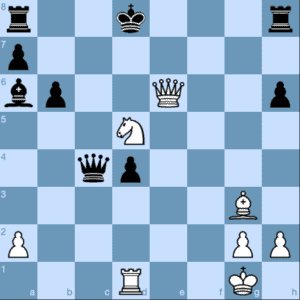 How quickly can you spot a checkmate in one move? Count the seconds in your head and then highlight the space after this sentence to reveal the answer. 40.Bh4 checkmate. 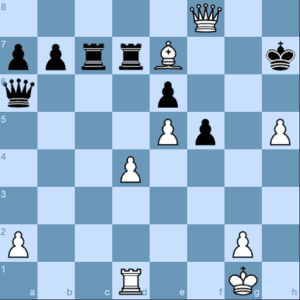 Reshevsky found a crisp finish in this complicated position with 38.Qf7+ and Black resigned, due to 38…Kh6 39.Qg6 checkmate and 38…Kh8 39.Bf6 checkmate.

The next example sees the great Botvinnik in action. 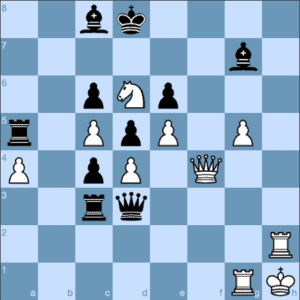 Botvinnik finds something special in this messy position.

A rook sacrifice, removing the guard of the f8-square. 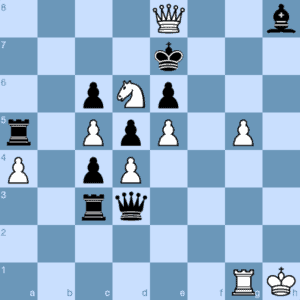 Now it is Black’s turn to checkmate White. 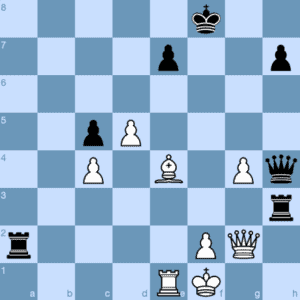 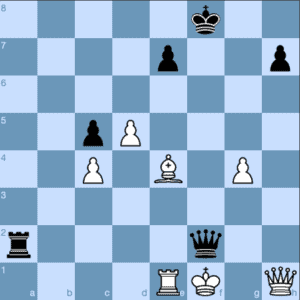 After nearly 60 moves, f2 is still the weakest square in White’s camp – just as it was on the very first move. 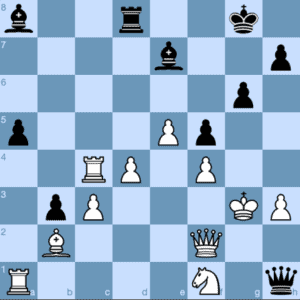 Smyslov made significant contributions to the development of the Grünfeld Defense. His attack is strong here, but it still needs another ingredient. 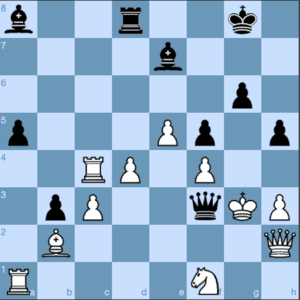 Back to Korchnoi for another wonderful finish as Black. 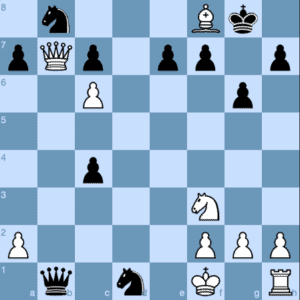 White is offering a trade of queens but Korchnoi is not interested in any peaceful demonstrations.

A discovered check and also a double check. White resigned; 0-1. If he had played on we would have seen this excellent finish. 20.Ke2 Qd3+ 21.Ke1 Nxg2 checkmate. 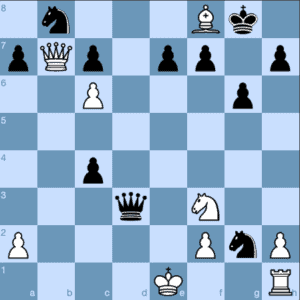 We would all like to checkmate a king in such a fashion!

If you enjoyed our Grünfeld Checkmates, you may like to know that there are many more beautiful checkmating patterns in our course, The Checkmate Patterns Manual, by International Master John Bartholomew and CraftyRaf. This course won third place in our Chessable Awards for 2020.

Anyone wanting to investigate this fascinating opening in greater details may like to know about our new Chessable course: Lifetime Repertoires: Peter Svidler’s Grünfeld − Part 1. 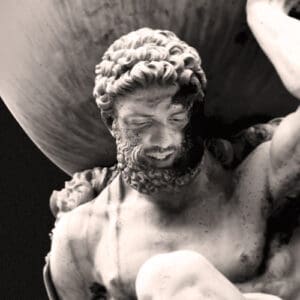 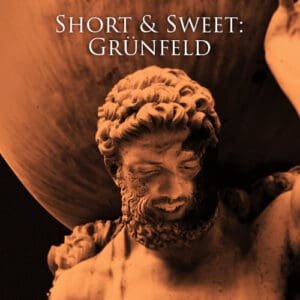