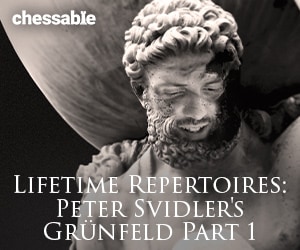 Some games of chess are so famous that they even have their own names, such as The Opera Game, as played by American chess superstar, Paul Morphy.

Paul Morphy (1837-1884) was a man ahead of his time. In terms of chess talent, he stood head and shoulders above every other player. Winning the First American Chess Congress in 1857 served to announce his presence in the chess world.

A match victory against Adolf Anderssen in 1858 was highly significant. Before then, Anderssen was recognised as the world’s best player, having won the first International Chess Tournament (London, 1851). Morphy crushed him, winning seven, drawing two and losing two of the games.

The Best in the World

Nobody else could come close to beating Morphy. Having exhausted all possibilities of finding a worthwhile match, Morphy retired from chess in 1859. He wanted to play Howard Staunton (the world’s best player in the 1840s and the Englishman whose name is used for the standard pattern of chess pieces) but this never happened. There is no doubt Staunton was beyond his best years as a chess player and, for him, discretion proved to be the better part of valour. Staunton did receive criticism for the match not taking place.

Despite easily being the best player in the world, Morphy was never a world champion. Nobody held the title until the first official Match for the World Championship, which took place in 1886 and was won by Wilhelm Steinitz.

Morphy beat the best players the world had to offer but his most famous game remains an offhand encounter against two amateurs, played whilst attending a performance by the Paris Opera.

No reliable account of which opera was being performed at the time has been passed down through history.

The game clearly reveals a mis-match in the strengths of the respective players but it flows very nicely and has many instructive points. This, together with the brevity of the piece, makes it an ideal game for students of chess.

The Opera Game begins with the most popular opening moves of the day. 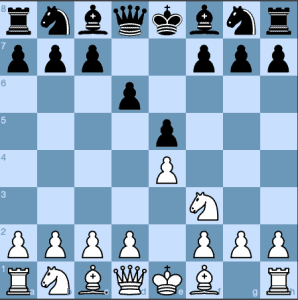 This is The Philidor Defense. Philidor – the world’s best player in the late 1700s – made an appearance on this blog when we discussed pawn play in our series on strategy.

The defense has never been particularly popular as it blocks in Black’s king’s bishop. It does have a reputation as a solid opening, albeit somewhat passive in nature. The older masters like to spice it up with 3 …f5, but nobody plays in such cavalier fashion any more.

Black’s troubles start here. It looks natural to pin the white knight to try and counter the pressure in the centre. However, Black has to give up the bishop for the knight to justify the idea. Leaving Morphy with the traditional advantage of the bishop pair in open position is not likely to end well.

3 …exd4 is now the most common move for Black, although giving up the centre is far from ideal. 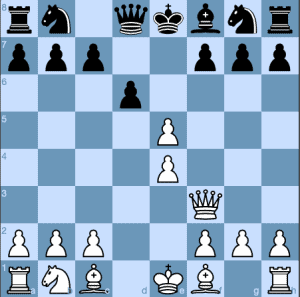 Instead of taking with the queen, White had the interesting option of 5 gxf3. This doubles the pawns, an act which is generally considered undesirable.

However, when Bobby Fischer demonstrated this game on a television show with writer and journalist Dimitrie Bjelica he quoted analysis by Steinitz, showing 5 gxf3 dxe5 6 Qxd8+ Kxd8 7 f4 is also perfectly good, as the two bishops will thrive in the ending.

It is unlikely the game would have been remembered if it had gone down that particular route, as it would have taken longer and wouldn’t have featured the beautiful finish we are about to see.

Threatening checkmate on the weakest square in the black position. Black stops this happening very easily, but in this game every move by White contains a threat of some sort or other. It is an excellent example of maintaining the initiative.

Black stops the checkmate and develops a piece at the same time. White now keeps the initiative with a double attack. 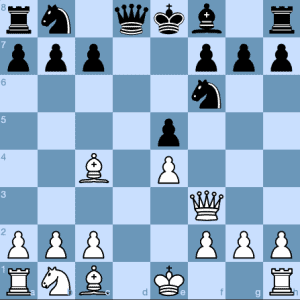 The f-pawn is more important than the b-pawn as it defends the king.

A surprise by Morphy, who opts to ignore the possibility of capturing the b-pawn, free of charge. He didn’t want the queens to be swapped after 8 Qxb7 Qb4+ 9 Qxb4 Bxb4+ when White remains a sound pawn ahead, but the game will take much longer to win. Perhaps Morphy, which had to play the game with his back to the opera, wanted to finish quickly in order to catch some of the performance.

Now b7 is defended by the black queen.

This move frequently receives criticism as it allows Morphy to light the blue touch paper on a spectacular display of tactics. It is not so easy to suggest a better move. For example, 9 …Nbd7 allows 10 Qxb7. The bishop cannot move because it is blocked by the queen. 9 …h6 gives to good choices for White: 10 Bh4, maintaining the pin on the knight, and 10 Bxf6, doubling Black’s pawns as 10 …Qxf6 would one again allow the b-pawn to be captured by the queen – and the rook is the next easy target.

Will Morphy be forced to retreat one of his attacking pieces? 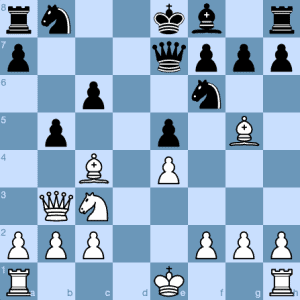 Certainly not! The knight sacrifice tears open the black position. 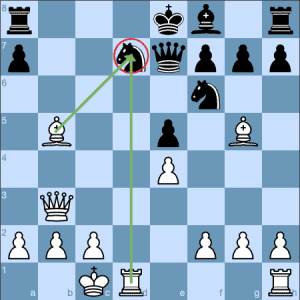 Another move, another threat. Morphy makes sure his own king is safe while bringing the power of his queen’s rook to bear down on the pinned knight.

Black is only just managing to deal with the immediate threats. Morphy continues throwing fat on the fire. 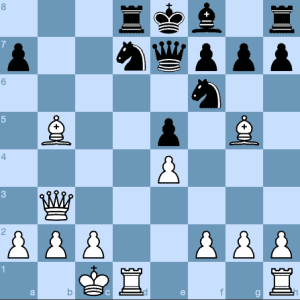 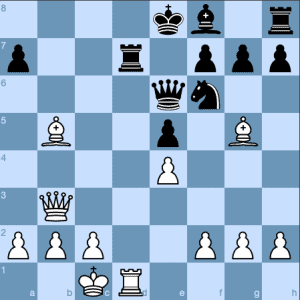 Black desperately tries to unravel but all is now ready for the final combination.

Problem: Morphy wants to play Rd8 checkmate but the black knight is in the way.

Solution: Sacrifice the queen to decoy the knight away from d7. 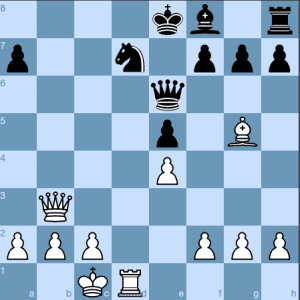 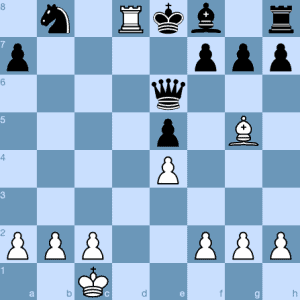 It is little wonder the magnificent Opera Game has remained popular after so many years.

Now it is time to see Grandmaster Simon Williams demonstrate the game in his own inimitable style. Simply head here!