The Best Chess Books Ever Written According to 10 Chess Masters 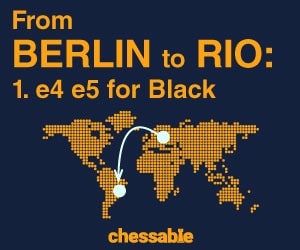 What are the best chess books ever written? We asked ten titled players this question and this article will share their answers. Because of the open-ended nature of the question, we received an interesting variety of responses.

Let’s jump right into the books and see what the masters had to say about them.

Chess books have been around for a long time. Although the quality of the books vary as they do in any genre, there have been a few that have endured through the years and prove to be both educational and entertaining for those who study them. The books in this section fit into this category.

The books are listed in alphabetical order. I have put the player who nominated each book in parentheses after each title.

These books illustrated many concepts devoid of some of the complexity of modern chess brought about by decades of theory and computer analysis. This makes them ideal material for instructive purposes.

For example, commenting on Chess Fundamentals:

“One of the most lucid explanations of certain aspects of chess strategy.”

Besides the clarity of instruction in these books, these were the pioneers of chess strategy as we know it. Books like My System by Nimzowitsch explained and built upon strategic concepts that were in their early stages of development and refinement. The fact that these concepts are still valid today are proof of the value of these books.

FM Daniel Barrish was influenced greatly by Nimzowitsch. In his recommendation of My System, Mr. Barrish writes: “A common choice – one of the first books I read and probably the most influential. It’s a classic that was revolutionary at the time and which defines and explains basic positional principles in a lucid manner.”

Similarly, IM Levon Altounian had high praise for the works of Alexander Kotov: “Likely the first book ever written that deals with finding candidate moves, dealing with psychological mistakes, time management and multi-level plan creation. All written in a very easy to understand way thanks to Kotov being a part time reporter at his time.”

These chess books have been the foundation for generations of chess players and I suspect will continue to be so for those wise enough to mine the treasures within these works.

Our next selection of books features books that are reflections from players’ attempts to improve their play. I think these books hold a special place in the hearts of players because they often relate to our own attempts to get better at the royal game.

With The Seven Deadly Chess Sins, Rowson investigates in a fascinating way why players lose games. As IM John Bartholomew notes, “GM Jonathan Rowson delves in to the psychological side of chess. Fascinating.”

Moments of empathy and understanding between author and reader occur often, as these players share their own struggles along with their triumphs as they ascend the chess ladder. For example, referring to Amateur to IM:

“Engrossing, honest read. IM Hawkins describes his path to becoming a strong player. Interestingly, the vast majority of the book is on endgames.”

In Lessons with a Grandmaster, the co-authors share the relationship of teacher and student, as the grandmaster, Boris Gulko, instructs his student, Dr. Sneed, through deeply annotated games where student questions master. The effectiveness of this approach is the reason for its appeal to GM Rafael Leitão: “Brilliant idea for a book. Extremely helpful to understand chess better.”

Chess is about the personalities of its great players as well as about the positions and moves on the board. The following books were chosen I think not only because of the great games and commentary from some of the greatest players ever, but also because of the fascinating (and in one case tragic) lives that these players led. The fact that chess has produced so many interesting figures explains in part the size of this particular list.

Being able to grasp the inner workings and mind of one of the greatest players ever is something we as mere chess mortals would love to do. Several of these books, such as Baloven Kaissi do just that.

“An incredible outlook on Capablanca’s games and career with psychological insights from the authors who knew the man personally.”

Some of these insights come from the minds of the players themselves, such as Tal’s beloved classic My Life and Games, Yasser Seirawan’s Chess Duals, and Pal Benko’s My Life, Games, and Compositions.

Besides some brilliant chess, our panel noted how interesting and entertaining these books were.

“Great games, wonderfully written, just a joy to read and browse through.”

Others, such as Kasparov’s epic series My Great Predecessors, share the knowledge and insights of legendary players from a unique perspective. GM Rafael Leitão describes it well: “The best player ever analyzing games by former world champions. Can’t get much better than that.”

We are very fortunate as chess players and fans to have these works by some of the greatest to play the game.

Our final section of this survey contain books that are written for strong players.

From the feedback from my respondents, there are two aspects that make these books great. First, the authors carefully selected appropriate material to challenge their readers. The second is the ability to communicate the most important points to be understood and applied. The books on this list embody these qualities.

An observant reader might notice that one author dominates this list. International Master Mark Dvoretsky (who passed away in 2016) was regarded as one of the best chess trainers by many high level players. His selection of training material was one of the strengths of his works. For example, IM Greg Shahade (referring to volume one of the School of Future Champions): “I just love this book, lots of great examples and awesome chapters.”

For WGM Jennifer Shahade, there is an emotional connection to Mr. Dvoretsky’s work, as she shared that she had “fond memories” of Dvoretsky’s Secrets of Chess Tactics. Part of this connection arises from the feelings of confidence and joy from correctly solving the exercises of the author’s solutions.

For some, Dvoretsky’s books were extremely influential:

“I studied the early versions of these books (they were published in the beginning of the nineties). They changed the way I saw chess.”

In addition to Mr. Dvoretsky’s books, a couple of our respondents spoke highly of GM Jacob Aagaard’s Grandmaster Preparation series. Aagaard’s books are newer and combine the two key characteristics of selection of material and eloquent communication.

For example, FM Nathan Solon commented on Grandmaster Preparation: Positional Play: “The biggest thing that’s impressed me about the Aagaard book is the number of good examples he’s assembled. One thing I’ve noticed doing lessons is, in general, the less I’m talking, the better. It’s all about the student getting experience. So I think Aagaard’s approach of short but helpful explanations, followed by a lot of exercises, is a good way to go. When I do the exercises I really feel like my chess brain is growing.”

Although many of the other books on our lists above were meant for chess players of all levels, there is a need for training material and instruction for players who have at some level mastered the game. Fortunately, we have both the legacy of the legendary Mark Dvoretsky and newer training works from Jacob Aagaard and others.

You name it, it’s been requested.

So we’ve come up with a few points for the courses we have here and which we believe are good. So here goes:

Learning chess isn’t easy but making that jump from being someone who knows the rules to someone who really plays chess is even harder.

This is where chess books for beginners come in. If you want to improve it is essential to take it seriously: chess is a mental discipline and learning it requires you to study like any other discipline.

There are tons of texts out there for those just starting out, so choosing the best chess books for beginners isn’t easy.

However, at Chessable we’ve narrowed down our choices to these:

So there you have it, our list of the best chess books for beginners.

Now you’re talking! Coming up with a list of the best chess opening books is near-on impossible as every chess player has different tastes, both in terms of the style it’s delivered and the choice of opening.

However, in our library there are two that really stick out:

There are plenty of chess opening books out there not just in our library but enough to fill hundreds of libraries! Opening books are far more popular than any other chess books so choosing the best ones can only be, we have to say, purely subjective.

This is where it gets tricky,. Choosing the best chess books for intermediate players is difficult not because there are so many (there are still lots, just not as many as for openings) but because it depends on your definition of intermediate.

There are a few which would sit slap bang in the middle of our rating graph though. Here is our list of the best chess books for intermediate players:

True grandmaster-level books are hard to come by, so picking the best chess books for grandmasters is a rather narrower choice.

On Chessable we’ve released several. However, our GM Pentala Harikrishna anti-French course is probably our most cutting-edge

GM Harikrishna’s repertoire is so new he only debuted some of the lines a week before publication when he put in a stellar performance at the Shenzhen Masters.

For the record, GM Harikrishna pulled off wins against Super GMs Richard Rapport and Yangyi Yu with the theory he presents here. Both are included as model games.

Before concluding this article, I wanted to extend my gratitude for the generous participation of the following chess masters:

Chess players love chess books. It’s part of the culture of chess to read books. Fortunately, there is no shortage of chess books for us to read!

What makes a great chess book? I think from our lists of the best chess books (in our opinion) there are several conclusions we can make.

First, the books contain some great chess! Whether it be the games of world champions or instructive positions in a specific phase of the game, the beauty and truth of chess is on display first and foremost.

Finally, many of the books inspire and teach. You could be a beginner studying the early champions such as Lasker or Capablanca or a master delving into one of Dvoretsky’s training manuals. Either way, the games, positions, and words within these works both evoke your own desire to improve as well as showing you the method by which you can.

Indeed, reading the books are often as enjoyable as playing the game itself!

If you haven’t read some of these great books, you can start today with the classic, extremely instructional work by Jose Raul Capablanca. What are you waiting for? Get it for free here. Then, tell us what you think on Twitter @chessable. 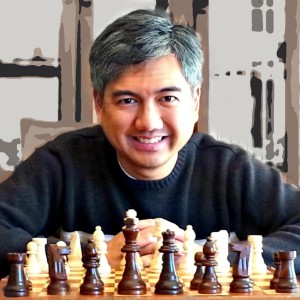 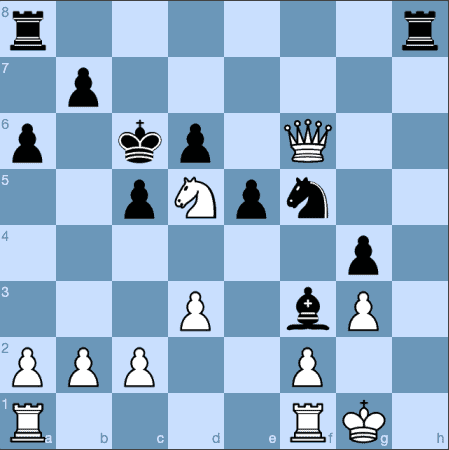 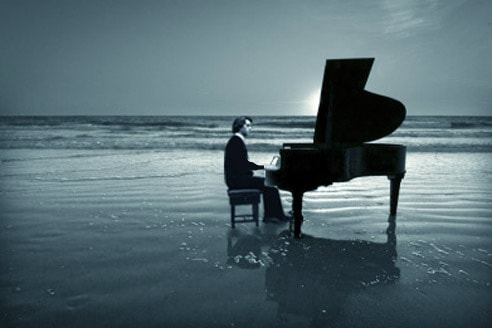 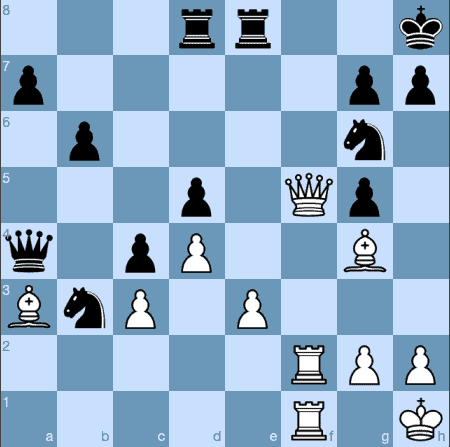