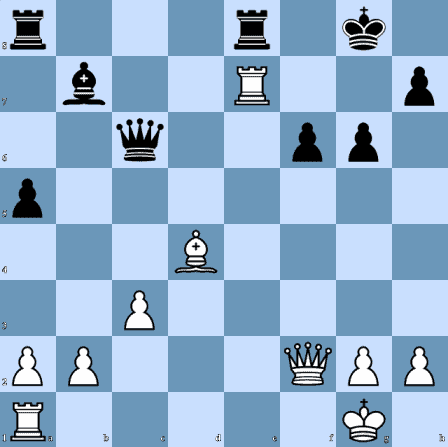 We have a bumper edition of Malcolm Pein’s Daily Telegraph chess columns for you today, covering a whole range of subjects from the finer points of the King’s Indian Defense, the CSC Summer ChessFest and big game action from the world’s top tournaments. 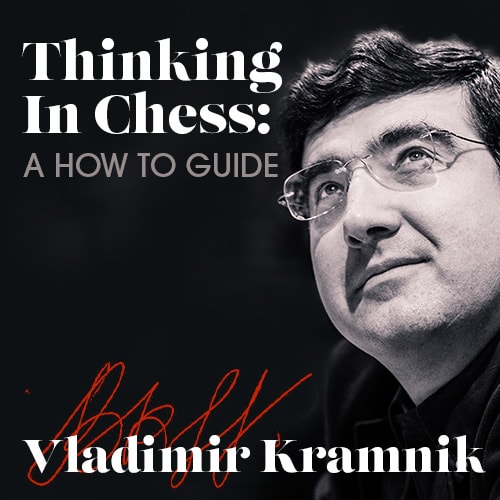 Thinking In Chess: A How To Guide

OCCASIONALLY a game has so many illustrative points, it has to be analysed. Black plays a model King’s Indian here, before going wrong and allowing his dark bishop, usually the pride and joy of the KID, to be emasculated by white pawns. 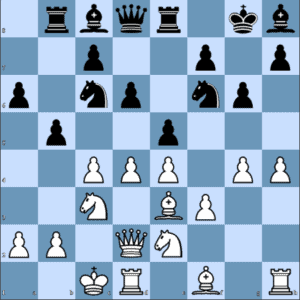 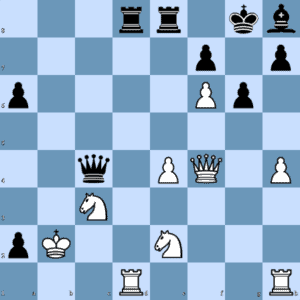 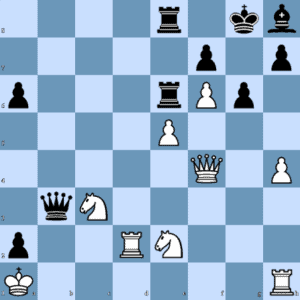 ChessFest took over Trafalgar Square recently. The outdoor festival is something I dreamed up during lockdown. The original plan was to have it as a commemoration of the 170th anniversary of the Immortal Game played during the first great international tournament in London, 1851. It was a casual game rather than a tournament game, but nevertheless its fame spread throughout the world as the greatest sacrificial attack ever seen.

The 170th anniversary of the game was June 21, 2021, and there will be a re-enactment of the game by 32 actors on a giant board in Trafalgar Square this afternoon. If you were not at the ChessFest, here’s the game. 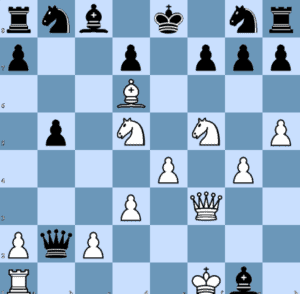 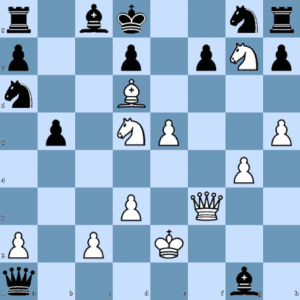 White to play and mate in two

After Garry Kasparov defeated Nigel Short 12.5–8.5 at the WCC in 1993, there were three exhibition games with openings chosen by the organisers. I remember when 4…b5 appeared on the board; Kasparov was not too pleased.

BISCHWILLER dropped a draw to Clichy Échecs 92 and won their other 10 matches to triumph at the French Team Championship in Châlons-en-Champagne. Clichy finished third, with the silver medals going to fellow Parisian side, Asnières Le Grand Echiquier. Bischwiller were headed up by Israeli GM Maxim Rodshtein and especially indebted to the performance of their boards two and three, Markus Ragger and Arkadij Naiditsch, who scored a whopping 8.5/11 and 8.5/10 respectively.

Gawain Jones, representing hosts Châlons, was the top performer on board four with 6.5/8. That included a couple of fine wins with his favourite King’s Indian Defence. 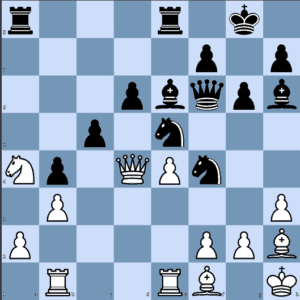 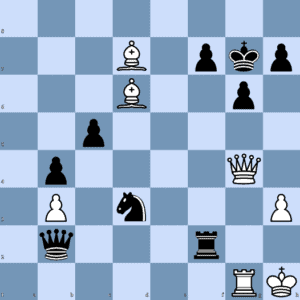 How does Black win in style?

RAVI Haria’s extraordinary fightback was in vain as he was eliminated by Etienne Bacrot in a tie-break at the FIDE World Cup. Haria lost the first game with white before winning on demand against the French number three with black in a superbly-played endgame. The match went to Rapid chess. Bacrot’s preparation secured an early repetition in game one. In the return, Haria forgot his own preparation and could not justify a pawn sacrifice Haria’s win was all the more remarkable because Bacrot tried to close the game down on move three by taking on d5 to create a symmetrical pawn structure. 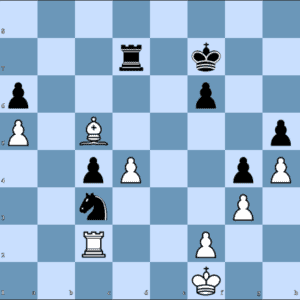 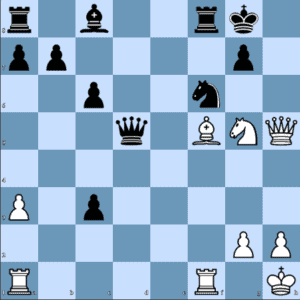 Caught out by Covid

IN A sign of the times, the game between Fabiano Caruana and Indonesian GM Susanta Megaranto was halted after 15 moves in the second round of the World Cup at Krasnaya Polyana, when the organisers received the latter’s positive Covid test result mid-game.

In an unprecedented move, but included in the rules of the event, Caruana was awarded a win, but had to isolate and take another test, while Megaranto was eliminated. For the record, here are the moves. The position was about equal:

There was another more high-profile casualty, as world number five and two-time World Cup winner Levon Aronian was forced to withdraw due to illness, and Australian GM Bobby Cheng received a free pass into the last 64.

Magnus Carlsen looked battle-ready and overcame GM Sasa Martinovic of Croatia 2-0, which included victory in an endgame that looked unwinnable.

GM Niaz Murshed, 55, who played here in the UK regularly in 1980s and 1990s, put up a great fight in round one against GM Neuris Delgado Ramirez before his Philidor Defence was bludgeoned by a modification to one of Alexey

Shirov’s ideas in the second Blitz game – Shirov used to dispense with formalities and preferred 5.g4!?. 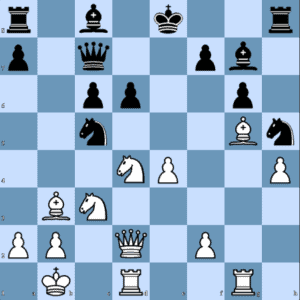 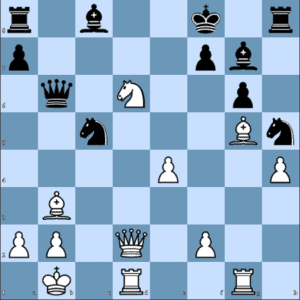 AS THE third round of the FIDE World Cup began, with the field cut from the original 206 to 64, there were some notable absentees, most prominently Fabiano Caruana, who was eliminated by Kazakh Rinat Jumabayev.

Following a draw in the first game, the second seed embarked on a risky exchange sacrifice before appearing to miscalculate, and Jumabayev made no mistake after that.

The Kazakh number one impressed at the 2019 World Team Championship on home soil, when he defeated England’s number one Michael Adams and the Russian first board and former title contender Sergey Karjakin. Caruana’s rating fell below 2800 and his ranking from two to three.

It was nice to see a veteran cause an upset, as 57-year-old Michal Krasenkow of Poland downed the 2021 Candidate, Russian Kirill Alekseenko. 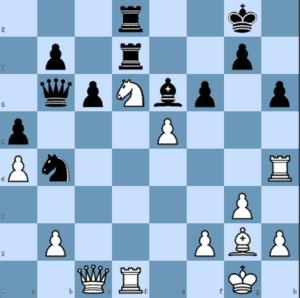 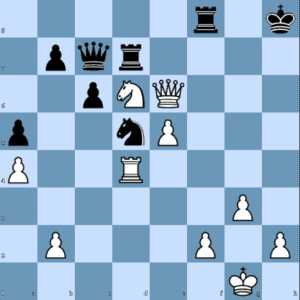 TWO OF the world’s top 10 were eliminated from the World Cup in third round tie-breaks as the advance of the Uzbeks continued. The world number eight and 2020/21 Candidate Anish Giri was outplayed by 17-year-old Nodirbek Abdusattorov in the first Rapid game and could not win the return on demand with black.

Alireza Firouzja was another high-profile casualty. The 18-year-old Iranian prodigy, now a French citizen, went out in round two, beaten by an even younger Uzbek, Javokhir Sindarov, just 15.

Uzbek chess is on the rise thanks to massive government backing and, another of their GMs, 137th seed Jakhongir Vakhidov, defeated the world number 13 and ninth seed Leinier Dominguez of the USA in round two.

Shak Mamedyarov ranked world number six overpressed in the first Rapid game against former world under-16 champion Haik M. Martirosyan of Armenia and was completely lost in the early middlegame. Mamedyarov escaped into an endgame less a pawn and should have drawn, but was eventually ground down. Like Giri, Mamedyarov could not win the second Rapid game with black.

Two Frenchmen made it to the last 32; Etienne Bacrot was lucky to get past Egypt’s Bassem Amin, while Maxime Vachier-Lagrave needed this Armageddon victory to get past Russian David Paravyan. 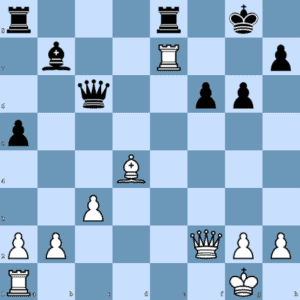 Another game where Black exchanged the bishop on g7 and paid the penalty, Piorun-Ragger, round two. 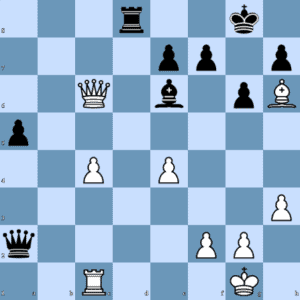 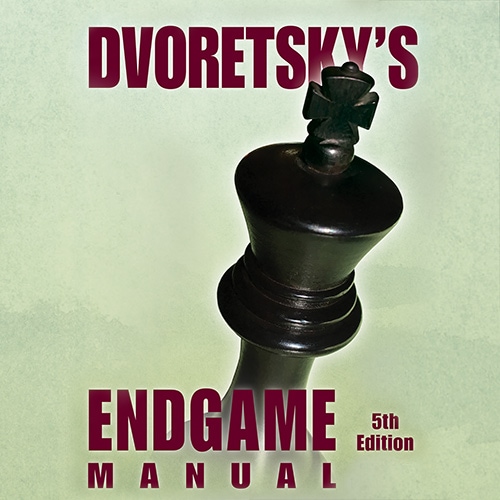 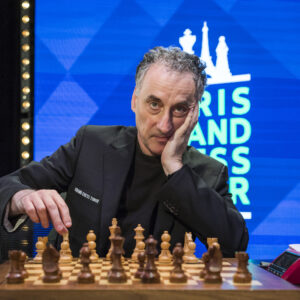 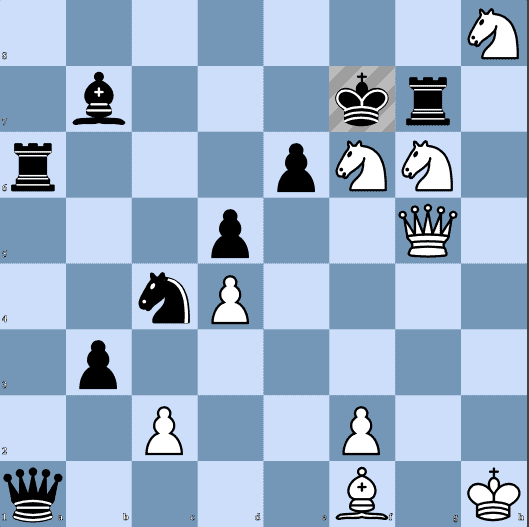 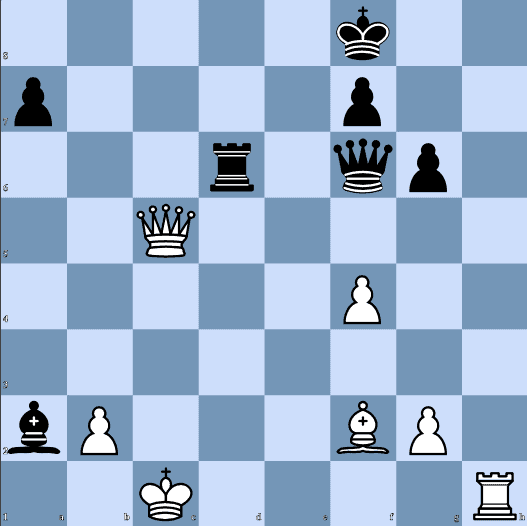 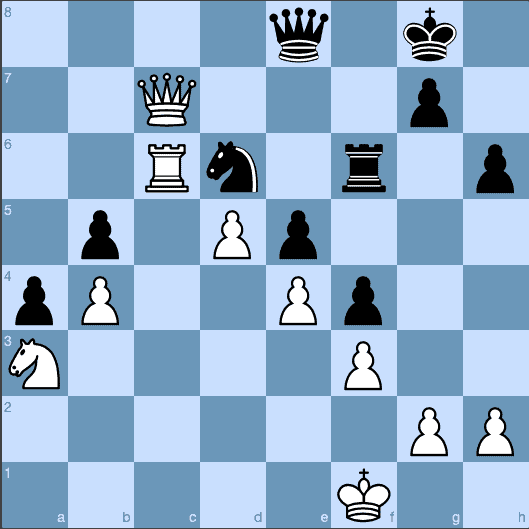