‘B’ is for…Beautiful and today we have four more Beautiful Checkmate Patterns to start your week with a smile.

‘B’ is also for Balestra, Blackburne, Boden and Blind Swine, which, by curious coincidence, just happen to be the four checkmates we are featuring in this post.

The Balestra Mate sees exemplary coordination between a queen and a bishop. The queen ends up protecting the flight squares and the bishop delivers the checkmate.

The name is somewhat obscure. Balestra is a fencing term, meaning to step forward and then lunge, which is relatable to the final jab by the bishop. 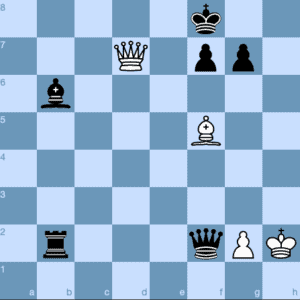 White now utilises a discovered check to reroute the bishop.

Now the bishop can lunge forward and jab, with fatal consequences for the black king. 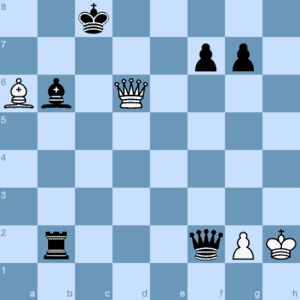 It is striking how helpless the Black pieces are in this position.

This beautiful checkmate pattern is named after Joseph Henry Blackburne (1841-1924) who was one of the best British players from the end of the 1800s to the early 1900s.

Blackburne was fearless and his attacking prowess brought him lots of success and a nickname: ‘The Black Death.’ 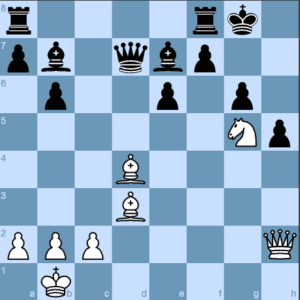 Four white pieces are buzzing around the black king. Black has had to advance part of the defensive pawn shield to avoid earlier checkmates but at first glance everything seems in order.

If White retreats the attacked knight the attack will dissipate. Retreating was not exactly in Blackburne’s nature but the next move is a shock to anyone unfamiliar with the pattern. Remarkably, it is going to be checkmate in just two more moves.

A stunning queen sacrifice. Black, faced with checkmates by the queen on both h7 and h8, has to accept the offer. 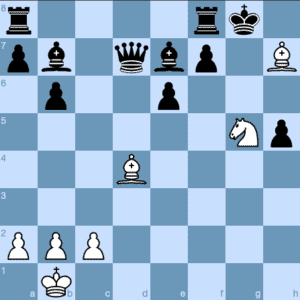 The next beautiful checkmate pattern on our agenda is named after the Englishman Samuel Standidge Boden (1826–1882).

The checkmate typically starts with a queen sacrifice to set up a startling conclusion with just the two bishops delivering an impressive checkmate. 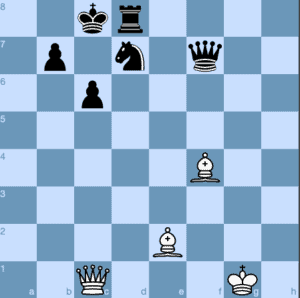 1 Qxc6+! An unexpected queen sacrifice. Black has to accept the gift.

1 …bxc6 An important diagonal towards the black king has suddenly opened up – as if by magic. 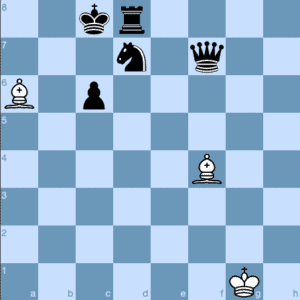 A startling example of the power of the two bishops.

Our final checkmate pattern for today is linked to Dawid Markelowicz Janowski (1868-1927), a former challenger for the World Championship.

Janowski, a highly dangerous attacking player, is attributed with describing doubled rooks on the seventh rank as ‘blind swine.’

The description may not be flattering, but as long as the rooks can force checkmate then they won’t particularly care.

We need two rooks on the seventh rank and the opponent’s king to be blocked in by his own pieces to perpetrate the Blind Swine Mate. 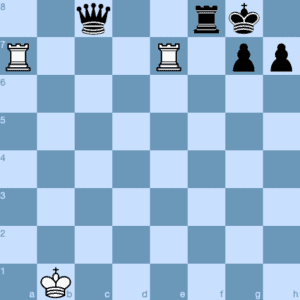 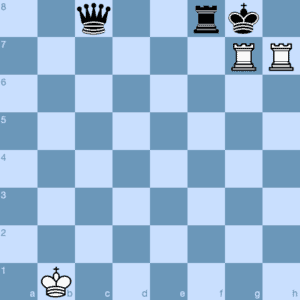