In the past playing one game a day was something that went without saying, nowadays two (or sometimes even three!) games a day are considered normal.

While I distinctly dislike playing more than one game a day, I don’t really have a choice but to adapt

Almost all open tournaments in Europe have at least one day where two games are played. The situation in the USA is far worse – there two games a day is a common occurrence.

Apart from the issue of having enough energy to play more than one game, perhaps the main problem is the lack of time for proper preparation.

The pairings come out half an hour before the game and then what do you do, how do you prepare

In such extreme situations, one must be very efficient with the time he has. First and foremost, after scanning the possible openings the opponent may play, one must determine the probability of a certain opening happening on the board.

After that, the preparation is done only for the most probable opening. There is simply no time for anything else

With limited time the need for shortcuts is obvious. This means less theory to . Some openings are more prone to shortcuts than others and this needs to be taken into consideration when preparing a line

I will now give a few examples for such shortcuts so that you get a better idea of what they mean and how they look like. Bear in mind that these may not be suitable for everybody’s tastes and repertoires.

Preparing against the King’s Indian and the Grunfeld Defence is a pain for many White players, but some time ago Kramnik introduced a very interesting how to circumvent both openings

Then, according to circumstances, either c4, Nc3 or Nbd2. And that’s it, against whatever Black does! (For a more detailed overview of this line please take a look at my video below)

Against Black’s symmetrical response after 1 d4 White can try to obtain a certain type of middlegame positions by playing 1 d4 d5 2 c4 e6 3 Nf3 Nf6 4 e3 and then fianchettoing the bishop on b2.

He can also play the same move-order against the Slav. This way of playing limits the necessity of extensive pre-game and if White had studied these setups he can confidently play them without preparation.

In the (semi)-open games it is more difficult to find shortcuts. One idea can be the Exchange Variation in the Caro-Kann, after 1. e4 c6 2. d4 d5 3. 4. Bd3 White reaches a Carlsbad structure (with reversed) and even though some theoretical knowledge is necessary, the main principles of play remain the same. Striving for familiar structures is an efficient way to reduce the necessity for pre-game preparation.

It takes a bit of creativity to be able to come up with shortcuts like these, but I hope these ideas will inspire you to look for and create your own personal shortcuts! 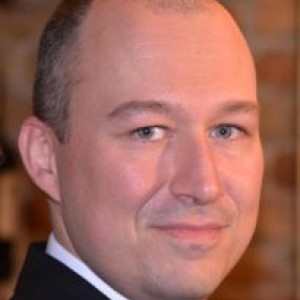