Today we continue our celebrations based on the release of Winning Chess Tactics with another selection from Yasser Seirawan’s Secrets From the Vault.

The first episode in our series of Secrets From the Vault presented moments from his 1990 match against Jan Timman and attracted considerable attention.

This time we head back to the London of 1982 to look at several interesting moments from Yasser’s games at the Philips and Drew Kings tournament.

Philips and Drew, a stockbroker, co-sponsored an excellent series of tournaments in 1980, 1982 and 1984. The Greater London Council was the other major sponsor and they went on to fund the final event of the series, in 1986.

Yasser started the event in uncompromising style but inconsistent form. His wins against Nigel Short and Larry Christiansen were outweighed by defeats to Boris Spassky, Jonathan Speelman and Ulf Andersson. There were also draws against Lajos Portisch, Jonathan Mestel, Yefim Geller and Jan Timman.

A mid-table finish would obviously not be a bad result at all in such company, but Yasser stepped on the gas to win his last four games in a row and take third place.

Winning four consecutive games in a top tournament is always a meritorious achievement, but it is even more so when one considers the opponents.

Yasser won with Black against Ljubomir Ljubojevic and John Nunn, two of the world’s deadliest tacticians.

The best game of the whole event saw Yasser beat the reigning World Champion, Anatoly Karpov, following  advice from Viktor Korchnoi on the eve of the encounter.

Then Yasser finished off by outplaying Tony Miles in the last round. Miles was considered one of the most resourceful of chess fighters at the time but Yasser was not afraid to mix it up in a tactical battle.

Indeed, a number of the tactics covered in Winning Chess Tactics make appearances in the following snippets.

Time now to investigate some more secrets from the vault. 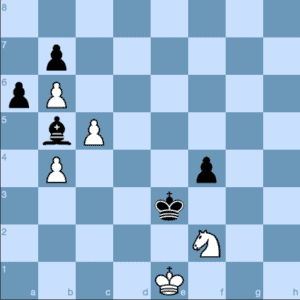 This tricky ending is a tough one to play. Seirawan’s pawn on f4 is hoping to earn promotion but as things stand it will struggle to break the blockade on f2. However, it makes an excellent decoy, tying down at least one white piece, as Seirawan sends his king over to attack the queenside pawns.

Is this ‘job done’? No! Ljubojevic has planned a breakthrough. 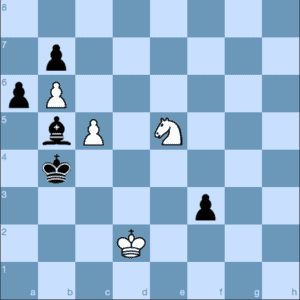 63 c6! White will be able to promote one of the pawns, no matter how Black counters the move. This is definitely not the end of the story, as Black’s f-pawn is now unstoppable too. 63 …f2! and both sides obtained new queens.

Fast forward a few more moves and Seirawan uses a skewer to win the White knight. 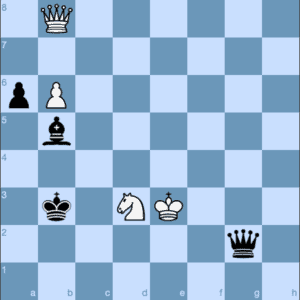 We have already looked at the game against Karpov, which can be found here.

This brings us to the third win of the streak, in which Seirawan manages to out-tactic John Nunn (something very few people ever managed to do). 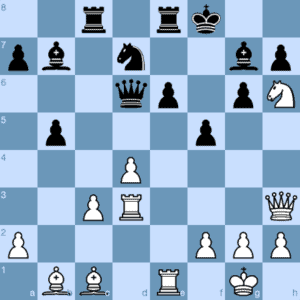 Nunn has played 25 Bg5-c1, which is a mistake. Yasser pounces with another skewer. 25 …Be4! The white rook cannot move and protect the bishop on b2 at the same time, so Nunn had to give up the exchange with 26 Rxe4.

Nunn kept on attacking and the players eventually reached this strange position, with two bishops competing against two rooks. 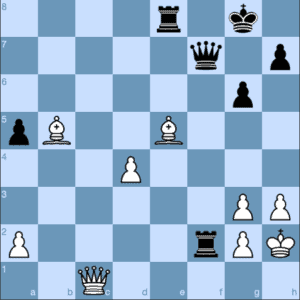 Yasser, always confident in his endgame ability, decided to return some of the material to simplify the position and played 43 …Rxg2+! The idea is to meet 44 Kxg2 with the fork 44 …Qd5+ and 45 …Qxb5.

Nunn declined the offer with 44 Kh1 but this didn’t throw Yasser off the scent and he simply repeated the tactic. 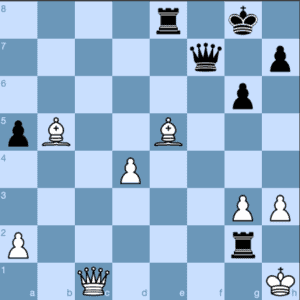 This brings us the final round – and Yasser’s fourth consecutive win. 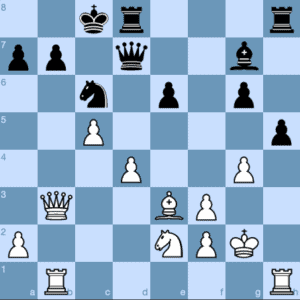 What would you play here? Yasser found the fabulously creative rook lift 21 Rh4! Believe it or not, the rook is one the way to attack the weakened black e-pawn. 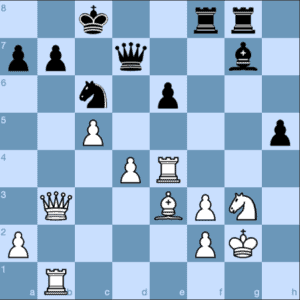 Miles is setting a trap…but unfortunately for him, it doesn’t work.

25 Rxe6 Na5 The idea is to deflect the white queen from the defense of the rook, but Yasser is the trapper, not the trapped. 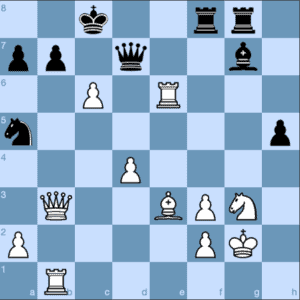 Yasser’s fabulous finishing burst earned him third place in the tournament, just half a point behind Andersson and Karpov.

Meanwhile, Yasser’s Chessable course on Winning Chess Strategies is also available, as is a free lesson on the same subject.