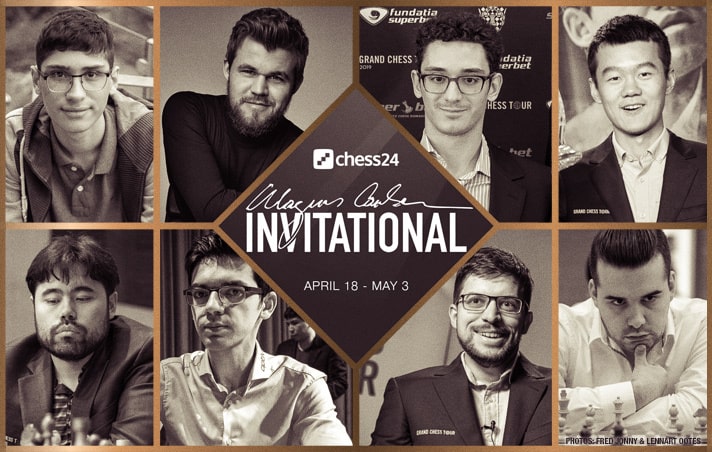 In the enforced absence of over-the-board tournament chess – which had even seen the highly important Candidates tournament grind to a halt in unprecedented fashion – there came a surprise and very welcome announcement Magnus Carlsen, the world chess champion. He had organized an online tournament featuring eight elite players, including Carlsen himself, with a £250,000 prize fund.

Life during lockdown was never going to be easy. As Covid-19 makes its way across the globe, more and more people are forced to change their initial opinions on the severity and longevity of the virus. The world will be a very different place once the emergency clears.

It is a time that will test the resourcefulness of all people and some will meet the challenges more than others. Who will withstand the universal pressure? Who will rise up and lead by example, in all walks of life? In the world of chess, it was time for World Champion Magnus Carlsen to step forward with his new plan.

The tournament started on 18 April and will finish on 3 May. The first phase brings a round-robin of four-game matches, with 15 minutes on each clock (with 10-second increments), with 2-2 deadlocks being broken by the infamous Armageddon games (White has five minutes on the clock but must win; Black has only four minutes but needs only to draw). The top four players will then contest the semi-finals of the event, followed by the prestigious final. These latter stages will also be played as four-game matches, but two regular Blitz games will be used to try to break tied matches before the Armageddon games are utilized.

The strength of the tournament is unquestionably high. The players are: 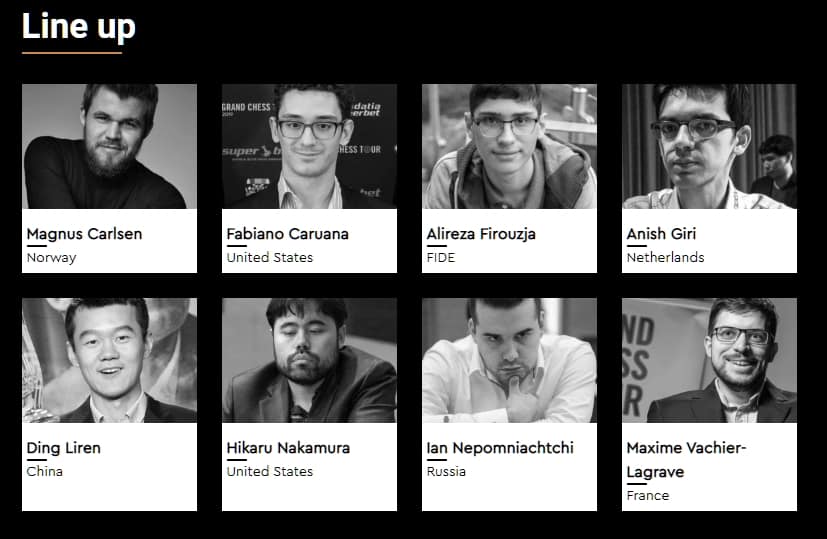 In an invitational, the organizer is free to choose any players they would like. Yet Carlsen didn’t go down the potboiler route and every player on the list has extremely impressive credentials. Any of the five invited players from the Candidates event could become Carlsen’s next challenger for the supreme title. Nakamura is famed for his fighting spirit and extraordinary prowess at Blitz chess, with his 2900 rating giving him the number one spot, just ahead of Carlsen. Firouzja is only 16 years old but has already been hitting the headlines, most recently with his defeat of the world champion in the final of the Banter Blitz Cup of 2020, winning the last of the 16 games to ensure a single-point victory.

This was definitely not going to be a case of the world champion taking it easy.

The tournament started in entertaining style, with Carlsen and Nakamura trading White victories all the way through their match, only for Carlsen to finally ‘break the serve’ by winning with Black in the Armageddon game.

Indeed, this big match signaled exactly how it would be throughout the tournament; a veritable bonanza of blunders and brilliancies.

It is often the case that the opening rounds of a tournament reveal one of the players is struggling for form. Once the target is identified, the other players will circle him, like hunters stalking their prey.

On this occasion, it turned out to be Giri who struggled to find his form. Indeed, he did not win a single game until the third game against Ding, although he went on to lose the match by only drawing the Armageddon game with White.

Then there was a surprise result in the ninth round, which saw Giri defeat the World Champion with one win and three draws from their four games.

Indeed, the score could have more Giri as he stood better most of the way through the third game before letting it slip.

One never knows which opening to expect from Carlsen. In some ways, his reign is counter-balancing the super-preparation days started by Garry Kasparov, in which it become normal to stick with a certain number of openings but to know them in such incredible depth that opponents would find it very difficult to land a theoretical bomb. It used to be said that nobody could replace Kasparov until they learned how to win against his Sicilian Defence, but then along came Kramnik to demonstrate a different way of seizing the crown.

However, ghosts from the great Kasparov – Karpov title matches still find ways to manifest themselves in 2020.

Matters reached a height late in the middle game. 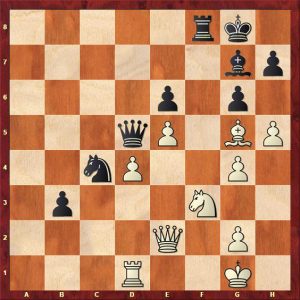 Given that one of the main themes of the Seville Variation is to stifle Black’s dark-squared bishop with the white pawns (and it is easy to imagine how important that would have been playing against such a dynamic player as Kasparov) it seems like a missed opportunity here to avoid 26 h6. True, Black’s passed b-pawn does look dangerous, but White’s pieces are well placed to stop it in its tracks. Petrosian and Karpov would have almost certainly have played this way, to rob Black of more oxygen and, given that Carlsen was down to his last minutes on the clock to Giri’s six, keeping maximum control seems both practical and advisable.

However, Giri preferred to try and crack open the Black king with 26 hxg6, but this allowed the ever-resourceful Carlsen to keep some lines closed with the slippery 26 …h6! Now 27 Be7 looks natural, but 27 Bf6? was played instead. 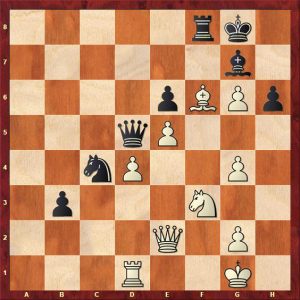 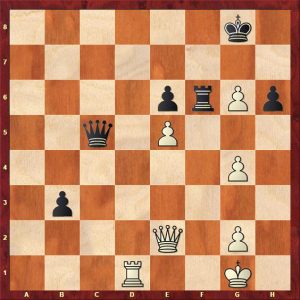 Carlsen even went a pawn ahead in the resulting queen endgame and stayed ahead on the clock too, but it became clear that Giri would be able to force a repetition of moves so they agreed a draw on move 70.

Incidentally, anyone wanting to investigate the Grunfeld further and steer the game away from the Seville Variation should take a look at our course on the Grunfeld Revisited. 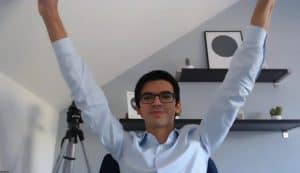 It must have been very satisfying for Giri to win this match against the tournament leader. He is often criticized for drawing too many games but he would not be the first elite player to have a highly developed sense of danger. Tigran Petrosian was criticized for exactly the same thing, but that didn’t stop him from becoming the ninth champion of the world and reigning for six years.

We look forward to seeing who will qualify for the semi-finals, which will be played on 1-2 May, with the big final following on 3 May. It is possible the tournament will come full circle, with another match between Carlsen and Nakamura. If it does, then both players will need to work on their openings as Black.