It is always a major event when Chessable release a course by Grandmaster Yasser Seirawan. Winning Chess Openings is the new addition from the series of Everyman Chess books to receive the special Chessable treatment.

Yasser’s writing and presentation skills are well to the fore, as usual. He is always able to break down the material into easily digestible chunks.

This is what is in store for readers:

‘Winning Chess Openings will help you develop a solid understanding of opening principles that you can apply to every game you play without having to memorize a dizzying array of tedious and lengthy opening lines.

Build a safe house for a King.

Employ a defense for Black against any White Opening.

Apply an opening for White used by World Champions.’

The course follows the way Yasser learned about the openings. This method encourages independent thinking.

‘When my teachers took me through the classical openings, they didn’t whip through the first dozen moves and proudly state, ”So that, Yasser, is the Queen’s Gambit Declined!” On the contrary, they encouraged me to question every move, including the first one. I wasn’t being asked to memorize an opening; I was taught to understand the logic of the move.’

He is not afraid to show his earliest opening experiments, which usually ended in disaster. These include 1 h4, 2 Rh3, 3 a4 and 4 Ra3 – swiftly followed by losing both rooks. This should ring bells with the reader!

Basic information on a large number of openings follows, before Yasser turns to his ‘Opening Solutions.’

Essentially, the recommendation is to start off – for both White and Black – with this set-up. 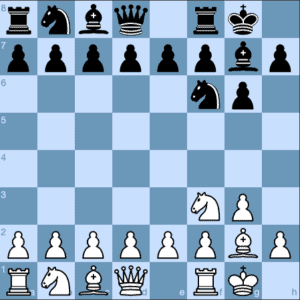 1 Nf3, 2 g3, 3 Bg2 and 4 0-0 certainly meets the mission statement given in the introduction. The king is safe and it will be almost impossible to lose in under ten moves.

It is obviously a very transpositional opening. The course identifies and examines key approaches for Black and explains how to deal with each one.

The same opening moves feature for Black, against both Queen’s pawn and King’s pawn openings.

There is more to learn as Black, as White can call more of the shots. This is especially so in the aggressive lines, such as the Four Pawns Attack shown in the diagram below. 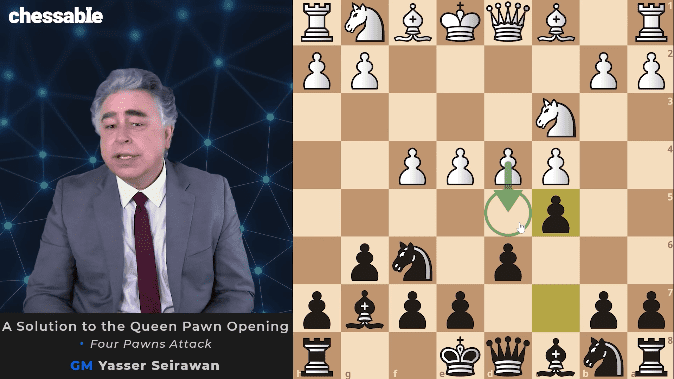 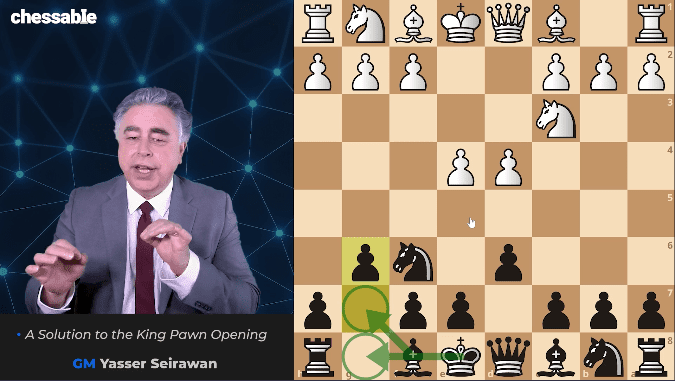 Black will have to accept a disadvantage in space and will need to know exactly what to do to create counter-chances.

Yasser is a noted expert on the Pirc Defence and we have already featured his important novelty against Gyula Sax. We shall examine more of Yasser’s own games featuring his recommendations in this course in a future post.

Click on the image for more details on Yasser Seirawan’s Winning Chess Openings. 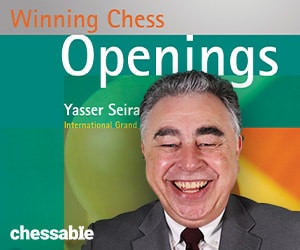 Further details on the entire Chessable series of the Yasser Seirawan’s Winning Chess series can be found here.