Meet the King’s Gambit with Dynamite

The release of Short & Sweet: Simon Williams’s 1. e4 e5 shows many things, including how to meet the King’s Gambit with dynamite.

Yesterday we looked at the Cozio Defense to the Ruy Lopez, which is also recommended both on the main 1 e4 e5 Club Player’s Dynamite Chessable course and the Short and Sweet version which has just been released today.

The Ruy Lopez is still the best way for White to play for an advantage after 1 e4 e5, but some club players cling to the old romantic chess openings in the hope of destroying their opponents in the good old style.

Meet the King’s Gambit with Dynamite

Anyone forgetting to prepare against the King’s Gambit (1 e4 e5 2 f4) runs the risk of losing quickly. We shall take a look at the basics of the opening another time, but today it is time to find out how Grandmaster Simon Williams and Blair Connell recommend Black should play to stifle White’s attacking potential. 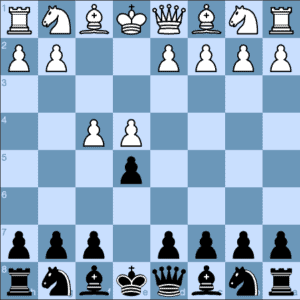 It is clear to see that 2 f4 is a double-edged move. White attacks the centre but weakens his own kingside.

The recommendation on this course is 2 …d5. 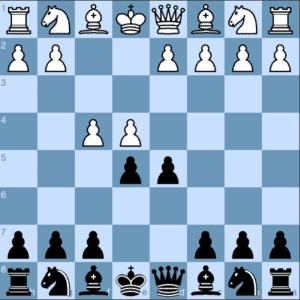 Incidentally, there was once a gambit-obsessed wag at one of my local clubs who liked to reach this position by an unusual move order: 1 f4 (Bird’s Opening); 1 …e5 (From’s Gambit); 2 f4 (King’s Gambit, by transposition); 2 …d5 (Falkbeer Countergambit).

The gambit theme could be extended with 3 d4 – the Hinrichsen Gambit. But that’s a story for another day. 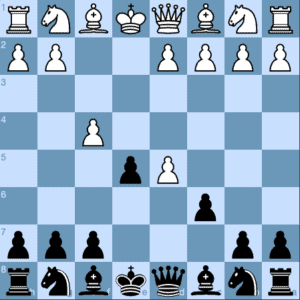 As the course puts it:

‘My line is not intended to refute the King’s Gambit but steer the game towards The Club Player’s Dynamite style whilst avoiding the main lines that your opponent should be more than ready for.’

It is hard to guess what the best moves are from this point onwards, which is why both sides must do their homework.

‘This is the main move which from an objective viewpoint is White’s best.’

I don’t want to reveal all of the course’s secrets here; my task today is to present a mere taster to whet the appetite. However, here is one very interesting trap which is not so easy to fathom without prior knowledge.

According to the course, the best move here is 4 fxe5. The alternative looks tempting. 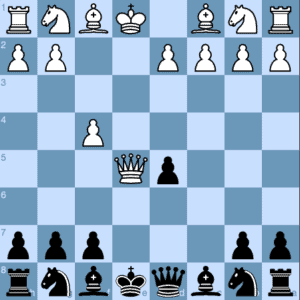 A block – but probably not the one you were expecting. 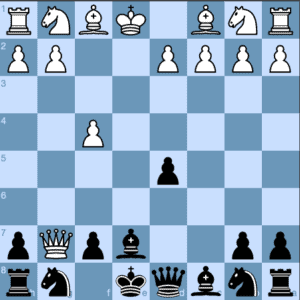 How much compensation does Black have? 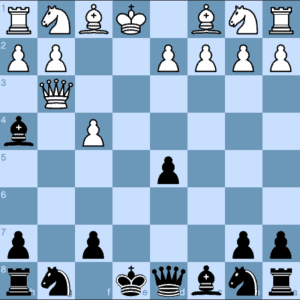 More than enough! Remarkably, the queen is trapped, due to the pin.

This trap appeals to me mainly because of the quirky logic. Black exploits the weakness created by White’s second move – the very one which brought the King’s Gambit to the board.

This trap is new to me and it comes after just seven moves. How many more explosive traps lurk within the course? There’s only one way to find out… 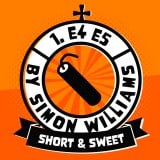