Yesterday we looked at the basics of 1.c4 c5 and today it is time to delve into the new Chessable course on the subject – Lifetime Repertoires: Symmetrical English.

International Master David Vigorito is a noted chess author who specialises in works on the opening phase of the game. Lifetime Repertoires: Symmetrical English is his first course for Chessable and he offers a full repertoire for Black against the English Opening. 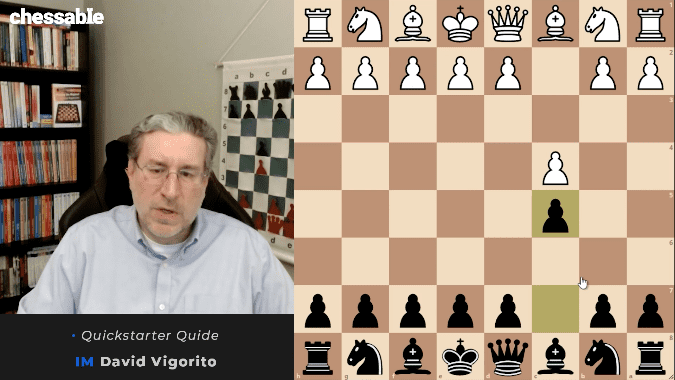 The repertoire is based on International Master Vigorito’s own experience, so he is definitely prepared to practice what he preaches.

I was intrigued to see how the course would handle the pure symmetrical approach. At which point would Black deviate?

This is a statement of intent from Black, who is clearly trying to dictate the pattern of the game.

‘We will go for the reversed Botvinnik setup. It is solid, yet ambitious. Black grabs space at the cost of weakening the d5 -square. Decades of practice have shown that Black can get away with this. In fact, he can usually fight for d5 – after all, he has the same pieces to control it with that White does!

Here is a summary of the ideas.

‘In the Botvinnik we need to know a collection of ideas, and then the ‘theory’ will be much more digestible. White has two main ideas – to play for b2-b4 and to reroute his f3-knight towards the weakened d5-square, usually by means of Ne1-c2-e3. Often White will combine these plans. Black will generally play for …d6-d5. If he achieves this he will have a space advantage in a ‘Maroczy’ structure. This advance is not always possible of course, in which case Black can look to play the …b5 break instead, usually prefaced with …Rb8. With the center rather secure, Black may also look to the kingside with moves like ..f7-f5 or …Be6 …Qd7, and …Bh3.’

The Botvinnik System divides opinion. What can do done about the gaping hole on d5? 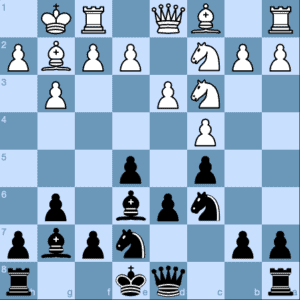 In this position, White is clearly limbering up for Ne3-d5, taking a firm grip on the square. The problem is that Black cannot attack d5 with a pawn, as the e- and c-pawns have both left the d6-pawn behind. Timing is important here; if Black plays 9…0-0 then 10.Ne3 follows immediately and the grip on d5 will be a problem.

This works out well for Black. 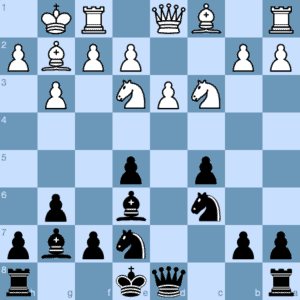 ‘Black has an ideal setup with more space. White has no compensation for this as he has trouble generating counterplay. The lengthy Knight-manoeuvre to e3 has done little for White’s cramped position.’

Indeed; the white knights are all dressed up with nowhere to go – and the king’s knight has already move four times. Note how Black is all set to occupy d4 with a knight. This looks like a good position for Black and emphasises how good this system can be if White doesn’t play accurately. It certainly shows that Black is not in a peaceful mood. In fact it is a myth that the English Opening is always solid and dull. It takes two to tango and if just one player is in the mood for a different dance, then 1.c4 can be just as sharp as anything else.

The course has plenty of ideas for anyone interested in playing for a win against 1.c4. As an added bonus, the systems can be reached by transposition from 1.Nf3 c5, provided Black is happy with a Sicilian Defense after 2.e4. 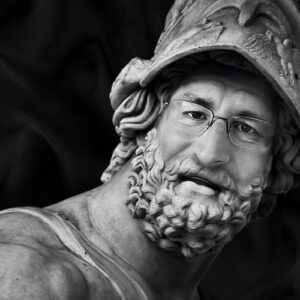 In addition to the full Lifetime Repertoire: Symmetrical English, there  is also a Short and Sweet version. Click on the images to find out more.