Let’s start the week with a little magic. Harikrishna’s Endgame Magic, to be precise.

Grandmaster Harikrishna Pentala is already known to Chessable users thanks to his excellent opening courses: Lifetime Repertoires: Taimanov Sicilian and French Toast: How Harikrishna Fries 1…e6. This time, he is turning his attention from the first phase of the game to the last. 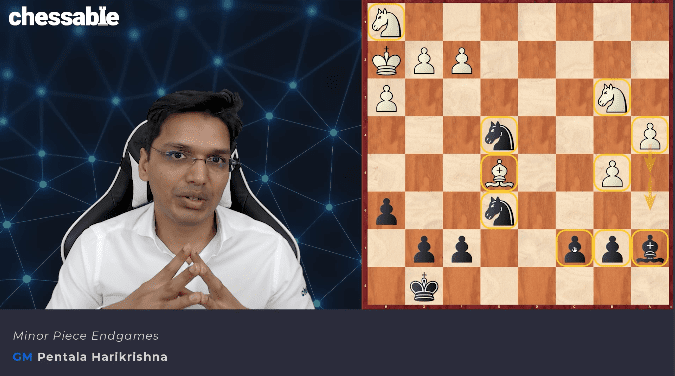 Harikrishna is clearly enthusiastic about switching to a new subject. ‘Endgame is an area which I immensely enjoy playing and analyzing. During team competitions or individual events, chess fans and my team members rely on and trust my endgame skills more than I do!!’

‘Study endgames‘ is age-old advice, of course. One of the reasons the advice is ignored is that club and tournament players usually prefer to spend their study time trying to remember as many opening lines as possible. This approach is backed by a certain amount of logic. The openings lines in question have a good chance of appearing on the board but it is much harder to predict which pieces will remain if the game reaches the endgame phase.

Nevertheless, studying endings undoubtedly leads to an increase in one’s general understanding of the game, which usually comes with an increase in strength. Testing one’s analytical powers on endgame positions is no less worthy than putting the effort into examining tactical problems for the middlegame. In fact, given that we are often having to walk a much thinner tightrope in the endgame, the calculating powers need to be sharper than ever to avoid falling to oblivion. It would be extremely beneficial to learn how to save games by consistently playing extremely accurate moves.

Similarly, being able to squeeze the full point from a drawish ending not only helps the match or tournament situation, it also sends out a powerful message to opponents. They will know you are dangerous in the endgame and they know they will have a long, hard fight ahead of them whenever they sit down to play against you.

These thoughts resonate with Harikrishna’s intentions for the course:

‘This course focuses mainly on how to enjoy playing endgames without fearing them. The core of the course is all about how you can win from a seemingly equal position. For this reason, I have used my games to give insights on how thought processes occur during an endgame in a strong Grandmaster’s head!’

The course material is split into categories of pieces. Here is an excellent piece of work for the chapter on Minor Piece Endgames. The following represents just a few snippets from the main analysis but they should whet the appetite for the full course. 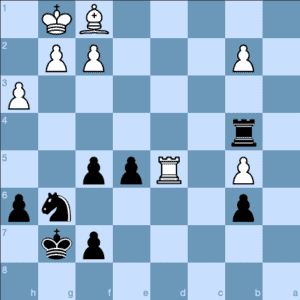 In this position, I think I would almost certainly play 35…Rxb2. Surely, capturing the pawn and bringing the rook to the seventh rank are both desirable for Black? Yet here another old adage, attributed to the great Emanuel Lasker, springs to mind: ‘When you see a good move, look for a better one.’

The best move is the surprising 35…Rd4!, which forces the exchange of rooks with 36.Rxd4 exd4. It is quite strange how the perfectly centralised white rook has nowhere else to go. 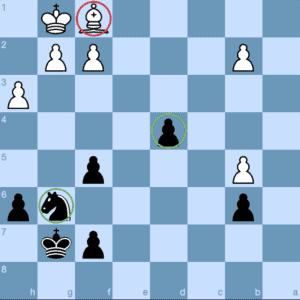 It does seem a strange choice at first glance, but on closer inspection this line is much simpler than the one with 35…Rxb2. Here is Harikrishna’s explanation:

‘This unexpected move is one of my favorite moves from my endgames. Taking the pawn on b2 keeps a considerable advantage for Black, so having that in mind, one might question why should this be such a great move? Firstly, this move forces the exchange of the Rook, which is the active piece for White. Once the Rooks are exchanged, the pawn on b6 can’t be attacked. Therefore the doubled b pawns of White are controlled by one pawn of Black. Secondly, Black gets a passed d-pawn, so Black plays Knight vs. Bishop with one pawn up in simple terms! When I offered a Rook trade, this was my thinking process, as I understood it works in my favor.’

Now we fast forward a few moves. In this position, White played 48.Ke3 and went on to lose the game. Harikrishna devotes some time to looking at an alternative for White, which appears to be more forcing than the move played in the game. 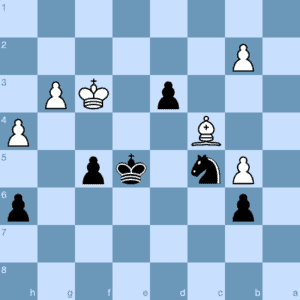 Attacking the knight. If it moves, White can simply capture the d-pawn, which is clearly Public Enemy Number One. What should Black play now? 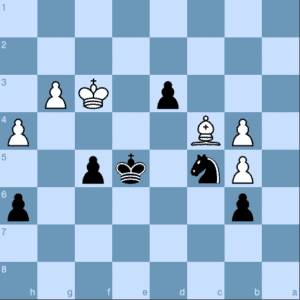 An unexpected riposte. The power and potential of a passed pawn should never be underestimated. 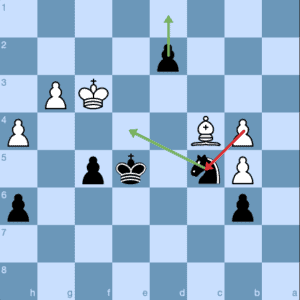 ‘Once again threatening to Queen the pawn. Blacks next would be placing the knight on e4 and protecting the d2-pawn.’ Indeed so – and another big weakness would be revealed; the white pawn on g3 is not only backward, but also highly vulnerable.

I found the above snippets to be very instructive indeed. Endgames often present a very fine line between two possible results and there is always a temptation to avoid going into lines in which winning chances appear to be few and far between. Yet with a little more study and practice we can all improve this part of our game. Just imagine how good it will feel when we can display a little endgame magic of our own.

Harikrishna’s Endgame Magic is available now. The study of openings can wait; practicing endgame magic is much more fun!