Our Monday series continues with four of the essential checkmate patterns.

Everyone will fall for these checkmates from time to time before experience and logic are able to correct the errors which make them possible.

These are the essential checkmate patterns you really need to know.

The rather unkind name of this checkmate suggests only a fool would allow it to happen.

By that logic, every chess player in the world must be a fool, because I doubt there is anyone, anywhere, who has never allowed this to occur in their games.

Before we are taught to play the best opening moves, anything goes. Novices already like to see basic checkmate patterns on the board and after…

…the white pawns do appear to be cooperating and co-ordinating. 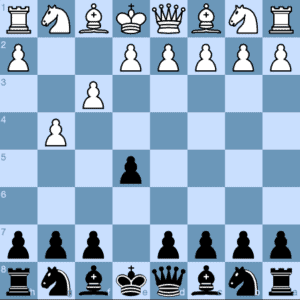 It is certainly a quick way to find out where the biggest weakness in a chess position is located. The h4-e1 diagonal is horribly exposed and Black takes full advantage of the situation with 2 …Qh4 checkmate. 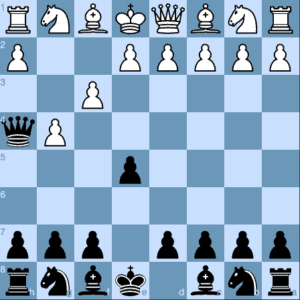 This is the fastest possible checkmate. It is something that Black can do faster than White in a game of chess!

The famous four-move checkmate is the scourge of junior tournaments.

Scholar’s Mate, or Schoolboy’s Mate, can bring many wins until the opponents eventually figure out to prevent it from happening. 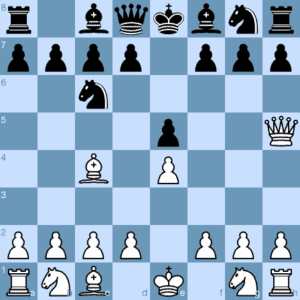 Back is tempted to develop a piece and attack the white queen at the same time. Normally this would be a very good idea, but there is a big threat in the air. 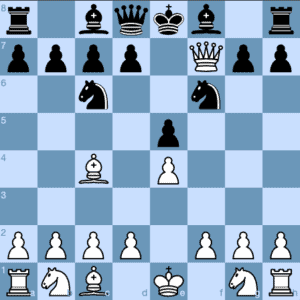 Juniors love to win games quickly. The problem is that once there opponent’s tighten up their defenses then the queen ends up in a very bad positions and it becomes a target for Black’s pieces. Juniors usually end up losing their queen and then the game.

We frequently see back rank checkmates in games featuring juniors. They are taught to castle early in the game and they proudly keep the defensive wall of pawns firmly in place for the duration of the game.

Unfortunately, there are times when this leaves the back rank perilously weak, as the king is entombed by his own defenders.

Here is a case in point. 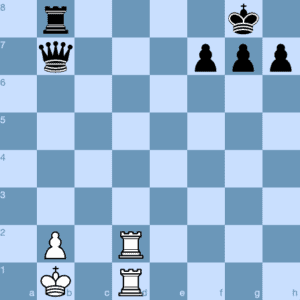 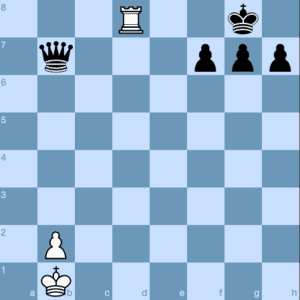 A clear indication of the danger the king is in if the wall of pawns remains in place a little too long.

The Lawnmower Checkmate is a very common way of finishing off a game.

Two queens, two rooks or one queen with one rook can run up the ranks, one by one, rather like a lawnmower cutting a lawn.

The technique is simple and will become second nature with a little practice. 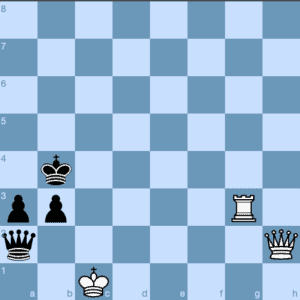 1 Qh4+ starts the lawnmower. Then the queen and rook simply take it in turns to check the opponent’s king, which has to retreat towards the edge of the board every time. 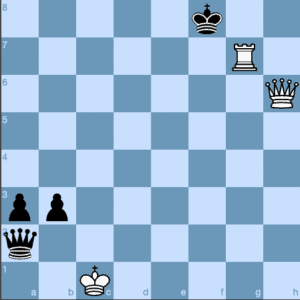 Finish the job! What is the best move for White?