This week brought the release of the 5th edition of the book, this time in the form of a Chessable course. The book has been revised by Grandmaster Karsten Müller, the world-famous endgame expert. Additionally, Grandmaster Erwin L’Ami adds another welcome and significant layer to the project with a series of exclusive videos to further enhance this very fine work.

The original edition of Dvoretsky’s Endgame Manual dates all the way back to 2003. It is a testament to its reputation and status that the release of a new edition can still excite the chess public.

My eye is always drawn towards the usual endgame positions reached in real games. This old favourite is still intriguing and I was pleased to reacquaint myself with its mysteries as I browsed the course. 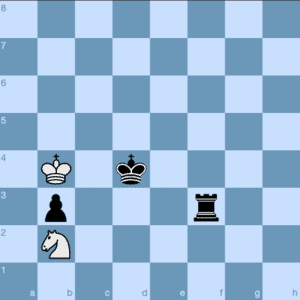 The New York tournament of 1924 was a major success for Emanuel Lasker. He outscored a galaxy of chess stars, including World Champion José Raúl Capablanca and future champion Alexander Alekhine.

In this position, Emanuel Lasker, playing against his namesake, appears to be in big trouble. Materially, a knight is worth only half of the value of Black’s rook and pawn. Furthermore, the pawn is just two steps from promotion and Black’s king is positioned much more actively than White’s king.

How is it possible that Emanuel Lasker managed to save the game and earn a draw from this position?

White has a crumb of comfort in that the game is almost going to end in a draw if he can capture the black pawn. There is also the consideration that the black king needs to protect the pawn in order for the rook to leave its defense – and this is something which turns out to be surprisingly difficult to achieve.

The next few moves see White holding firm and Black preparing what he hopes will be a decisive manoeuvre. 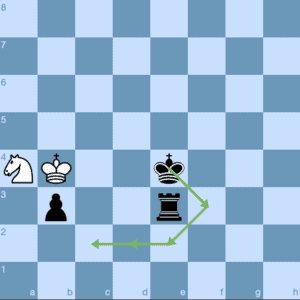 If the king can get to c2 to protect the pawn then Black will have a clear route to victory.

Emanuel Lasker, alert as ever, finds the best move. This is despite already having to defend accurately for a long time. The course gives a convincing explanations at to why the outwardly sensible-looking move 99 Nb2? fails to hold the position.

A remarkable turn of events. Emanuel Lasker has set up his last two pieces in such a way that they can repel Black’s advances, no matter which route the king chooses to take.

Edward Lasker finally agrees to give up the pawn, although perhaps he had his fingers crossed when he played his next move. 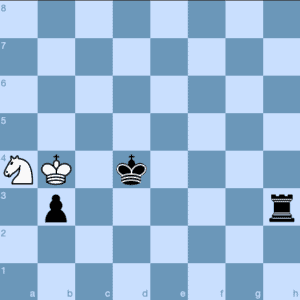 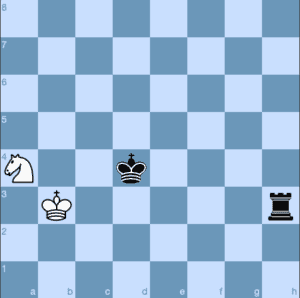 This is where the players agreed to a draw, as there is little point in wasting energy trying to win such a position against Emanuel Lasker.

There is a more detailed analysis fn this endgame in the course and this is, of course, merely the tip of the iceberg. There is so much to discover and explore in this excellent course. 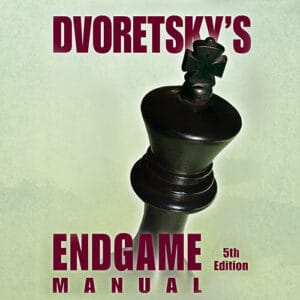 Click here to find out more about the new edition of Dvoretsky’s Endgame Manual.