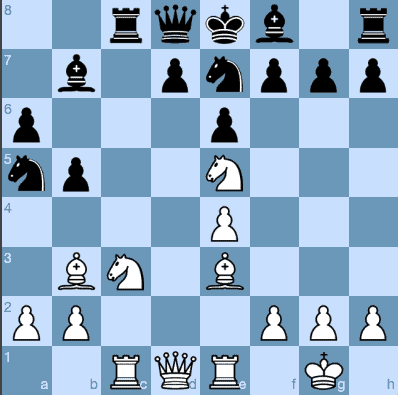 Chessable White Rose: Round Seven of the 2021 4NCL

Round seven of the Four Nations Chess League (‘4NCL’) brought a continuation of the form shown in previous rounds by our teams. They produced excellent performances and there were wins for all three Chessable White Rose teams, all of whom have now advanced to the semi-final stage of the competition.

A very rare defeat for James Adair led to some tense moments against Watford 1, before wins from Gawain Jones, Christof Sielecki and Oskar Hackner turned it into another impressive 3-1 victory. 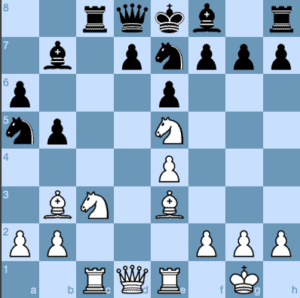 It is difficult to appreciate from this position, but 12…Bc6 is Black’s best move.

Attacking the queen and intending 13…Qxb6 14.Qxd7 checkmate. This is why 12…Bc6 was essential; Black must protect d7 a second time. James had to give up material but couldn’t hold out for much longer.

Meanwhile, Christof found the correct moment to sacrifice a knight. 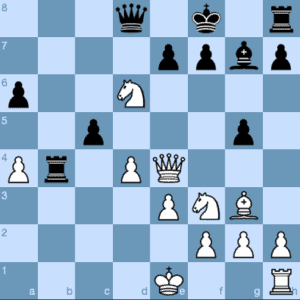 White forces the black king to go on a little journey. The material invested in the venture will soon be recouped – with interest. 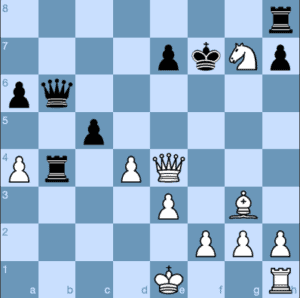 There are several tempting options here, but the safest is to castle (at last!).

Kamil Plichta, Tim Wall and Peter Gayson all won their games against Shropshire 1. Maaike Keetman drew, making it a very impressive 3.5-0.5 victory for our team.

The match seemed to be quite a nervy affair, with several strange moments, such as this one. 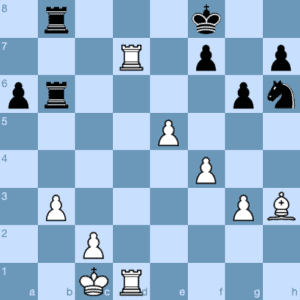 Offering a trade of rooks, which Black declines.

Jonathan created a tactical opportunity for himself early on in the game and netted material with a smart move. 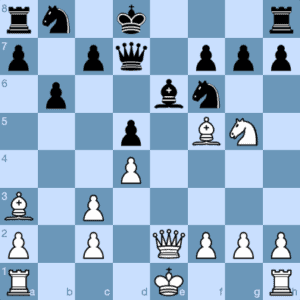 Round Seven of the 2021 4NCL was a very successful one for all three of our teams and the tables make for impressive reading.

Team 1 dominated Division One, Group B, with seven wins from seven matches. They finished four points ahead of second-placed Mushrooms 1.

Team 2 won Division One, Group C. Their record of six wins and one draw from seven matches leaves them two points clear of Barbican.

Team 3 won all seven of their matches to finish three points ahead of their nearest rivals, Redbridge All Sorts 1 in Division Five, Group C.

All three teams will now play in the semi-finals, in which they will be pitted against the winners of other groups in their respective divisions. The matches will be played on Tuesday 4 May. Perhaps Team 1 and Team 2 will have to lock horns in the semi-finals?