What is the Symmetrical English?

The Symmetrical English occurs when Black replies to 1.c4 (the English Opening) with 1…c5. 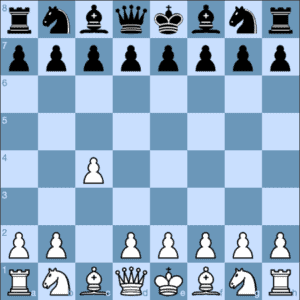 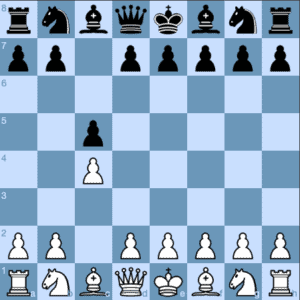 It should be noted that different move-orders are also available. Black could, for example, start with 1.c4 Nf6 and then play 2…c5 on next move.

There is good logic at work in the Symmetrical English. It is perfectly good to respond to 1.e4 with 1…e5 and to meet 1.d4 with 1…d5. Copying the opponent’s opening moves for too long can end very badly, as novices soon discover. However, it is perfectly acceptable for the very first move of the game and experience will inform a player when it is a good time to stop mimicking the opponent.

As 1.c4 is less critical than both 1.e4 and 1.d4, it is fine for Black to keep copying for a little longer. This is because there is much less immediate pressure on the position.

Three Plans for Black in the Symmetrical English

Flexibility is one of the most appealing factors of the Symmetrical English. Black can play the position in a variety of different ways and here are three examples.

Black can keep the symmetry going until full development has almost been achieved for both sides. This is a very common position. 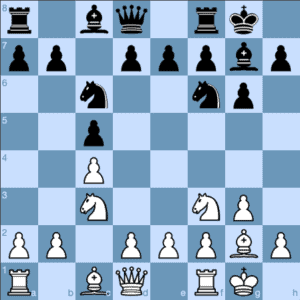 At first glance, it looks like both players are happy to draw the game but White normally plays 7.d4 in this position and Black is advised to break the symmetry at this point. After 7….cxd4 8.Nxd4 we each one of the main positions of the Symmetrical English. 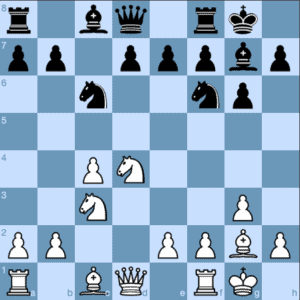 Black has options here and they include 8…Nxd4 9.Qxd4 d6 and the pawn sacrifice 8…d6, allowing White to take twice on c6. Black achieves some activity in return for the pawn, with the rook already intending to step onto the open b-file. Black’s pressure can make it difficult for White to develop the queenside.

Bobby Fischer liked to break the symmetry earlier than on move seven. 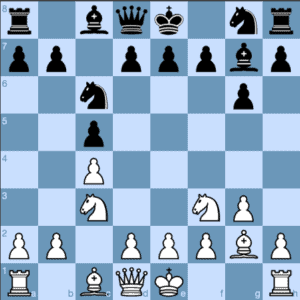 From this position, Fischer preferred 5…e6, followed by 6…Nge7 and eventually ….d7-d5. This enabled Fischer to play very directly and to put pressure on White. See, for example, his famous game against Tigran Petrosian in round two of the 1970 USSR v Rest of the World match.

Another option for Black is to head for the Hedgehog System. 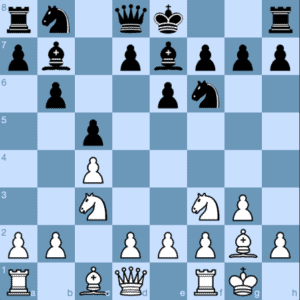 Black waits for White to play d2-d4, then plays …cxd4 followed by setting up more tiny hedgehog spines with …d6 and …a6. This was a very popular way for Black to play in the 1980s and 1990s. Black must time a breakout with …b5 or …d5 very carefully. Over-ambitious players with the white pieces can overextend their position and find everything collapsing after such a well-timed break by Black.

A new Chessable course on the Symmetrical English, by International Master David Vigorito, has just been released. 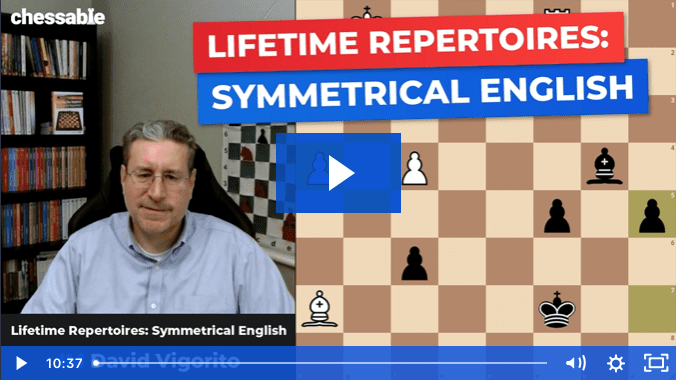 We shall delve into the contents later in the week, to see the Symmetrical English in action.