What is the Sicilian Wing Gambit?

The Sicilian Wing Gambit is a very early attempt to disrupt Black’s standard play in the Sicilian Defense, by playing 1.e4 c5 2.b4. 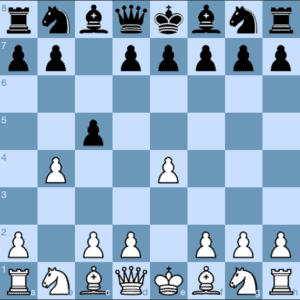 Black is certainly not going to be able to rattle out 20 or moves of theory in the Dragon or Najdorf variations after this startling second move.

The Aims of the The Sicilian Wing Gambit

Apart from taking the opponent out of the book, what else is White hoping to achieve with this gambit?

The c5-pawn deters White from playing d2-d4. Removing the c-pawn will allow White to play d2-d4 and occupy the centre with the classic pawn duo on e4 and d4. This will grant White extra space in the center, which Black will find difficult to counter.

Additionally, White will enjoy speedy development if Black accepts the gambit with 2…cxb4 3.a3 bxa3. 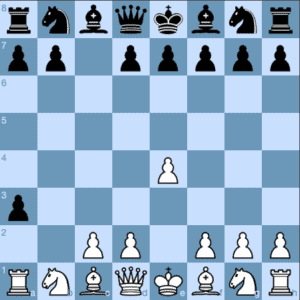 White now has three good options: 4.Nxa3, 4.Bxa3 and 4.d4. The first two see White flexing the muscles of development and the latter option brings full control of the centre. White will have good value for the pawn invested.

Black is advised to decline the gambit unless serious preparation has been done beforehand. 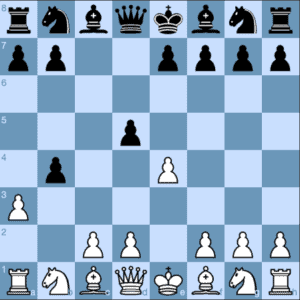 The most famous game in this was played in the 1984 United States Chess Championship. In a battle between two International Masters, Kamran Shirazi lost quickly to Jack Peters after 4.exd5 Qxd5 5.axb4??? Qe5+ 0-1. 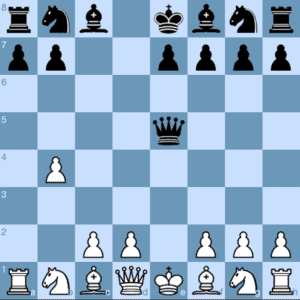 This is a disaster for White, who is losing a whole rook.

The Sicilian Wing Gambit is an extremely rare guest at chess tournaments, even at amateur level. It would therefore make a useful surprise weapon. This is especially so as it often dismissed in theory books with little more than a brief mention.

On the other hand, there are good reasons why it is not seen more frequently. A well-versed player with Black may be able to avoid allowing White to develop a significant advantage in either space or in terms of development. 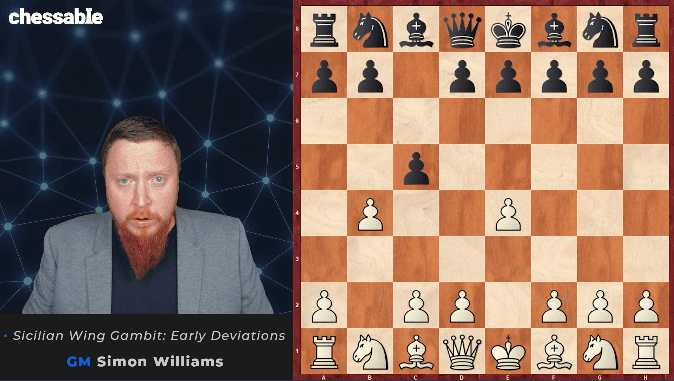 The Sicilian Wing Gambit is a cornerstone of this week’s brand new Chessable course, Grandmaster Gambits: 1. e4, by Grandmaster Simon Williams and International Master Richard Palliser. The authors collaborated on the very recent course on The Iron English and it is very good to see them back in Chessable action so quickly.

Simon and Richard have plenty of new ideas to share in the weird world of the Sicilian Wing Gambit, especially after the aforementioned 3…d5. There is also a substantial amount of material on 1.e4 e5, the French Defense and the Caro-Kann Defense. Aggression is the order of the day and now everyone is forced to play chess online at faster time-limits than usual it is highly likely that the Grandmaster gambits on offer will help you harvest points in style.