What is the Queen’s Gambit Declined? 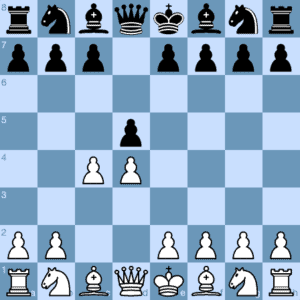 Black can politely decline the offer with 2…e6. 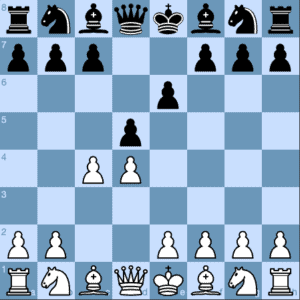 Black refuses to give up the centre and will steadfastly keep everything as solid as possible.

The d5 square becomes a major pressure point. White normally plays 3.Nc3 to attack d5 again and Black can defend the key point with 3…Nf6. When White follows through with 4.Bg5 we reach this very popular position. 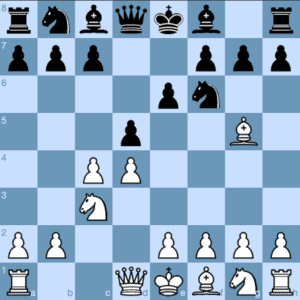 It is clear to see just how much the d5 square means to both sides. White is still hoping that Black will relent and play …dxc4 at some point. This will allow White will obtain a free hand in the centre and to recapture the pawn with the king’s bishop after the e-pawn has advanced.

Black’s solid stance grants easy development and early castling, with just one blot on the copybook. The queen’s bishop on c8 is somewhat restricted and it will need to wait until White plays cxd5 or find a different way to develop.

The Queen’s Gambit Declined: The Choice of the Champions

From the diagram above, numerous World Champions relied on the sequence: 4…Be7 5.Nf3 0-0 6.e3 b6, with the intention of developing the bishop to b7. 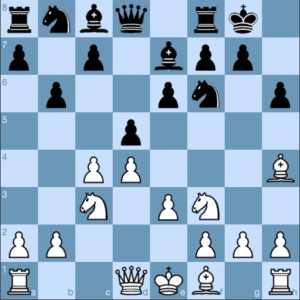 This is the Tartakower–Makogonov–Bondarevsky System, often shortened to the Tartakower System – or even simply to the TMB System.

This system is about as solid as it gets for Black. Anatoly Karpov, the 12th World Champion, relied heavily on this defense in his title matches with Viktor Korchnoi and Garry Kasparov. Kasparov even started playing it against Karpov too, with their extended 1984-5 match offering a real treat for fans of the variation.

At 48 games, the 1984-5 match was easily the longest official title battle in chess history. Before that, the longest one was between José Raúl Capablanca and Alexander Alekhine in 1927, which lasted for 34 games before Alekhine finally won.

Both matches are noted for the extraordinary amount of times the Queen’s Gambit Declined was used. This is, perhaps, another indication as to how difficult it is for White to gain an advantage.

Over the years, sophisticated deviations from the main lines have come and gone. White players started to gain important wins with 4.cxd5, the Exchange Variation. Black countered with an earlier move, namely 3…Be7, which avoids some of the better variations White has to offer in the Exchange Variation (for more information on 3…Be7 please see the Chessable courses mentioned below).

Tigran Petrosian, Boris Spassky, Alexander Beliavsky and Nigel Short are other notable players to have relied on the Queen’s Gambit Declined – and the Tartakower–Makogonov–Bondarevsky System in particular – throughout their careers. 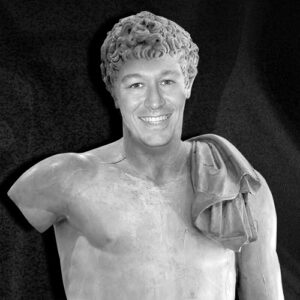 There is a brand new Chessable course, Lifetime Repertoires: Queen’s Gambit Declined by Grandmaster Alex Colovic. A Short and Sweet version is available too. Click on the pictures and they will taker you to the courses. 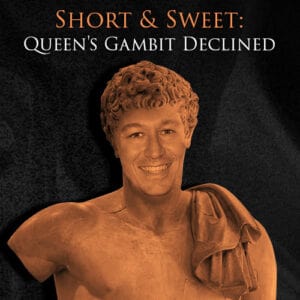 Alex’s course covers far more than the title lets on. You will also find solutions to a whole range of other white openings, from the Grob (1.g4) to The London System (1.d4 2.Bf4).

We have an additional piece from Alex on the Queen’s Gambit Declined to present tomorrow.