What is the Cozio Defense to the Ruy Lopez?

We have encountered Carlo Cozio before too, in our series on checkmates. Cozio’s Defense to the Ruy Lopez is the simple-looking 3 …Nge7. 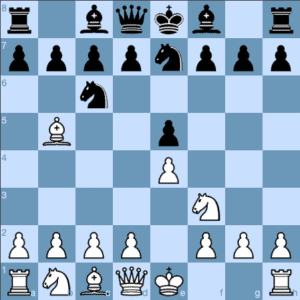 Black immediately nullifies the threat of the structure-damaging Exchange Variation. This is because Bxc6 is met by …Nxc6, refusing to accept doubled pawns on the queenside.

3 …Nge7 is also a developing move, which is always good news. The blot on the copybook of this particular developing move is that the knight temporarily blocks the king’s bishop. However, the bishop could be developed to g7 or it could wait until the knight moves again (probably to g6).

It is such a rare line that I doubt many Ruy Lopez players even have a clear idea on how to meet it, which surely is a good sign for Black, from the practical point of view.

I have seen the Cozio Defense ‘played by accident’ many times in chess clubs, where people with little knowledge of the openings find it a sensible move to try. It certainly has a strong element of logic yet it remains one of the most unexplored variations in the whole of the Ruy Lopez opening.

The Cozio Defense as a Repertoire Option

The Cozio Defense could be all set to experience a rise in popularity thanks to a brand new Chessable course by Grandmaster Simon Williams and Blair Connell. 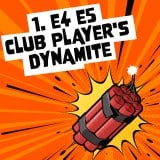 1. e4 e5 Club Player’s Dynamite arms Black with a full repertoire of weapons designed to take the fight to White. The Cozio Defense is the recommended line to tackle the Ruy Lopez. 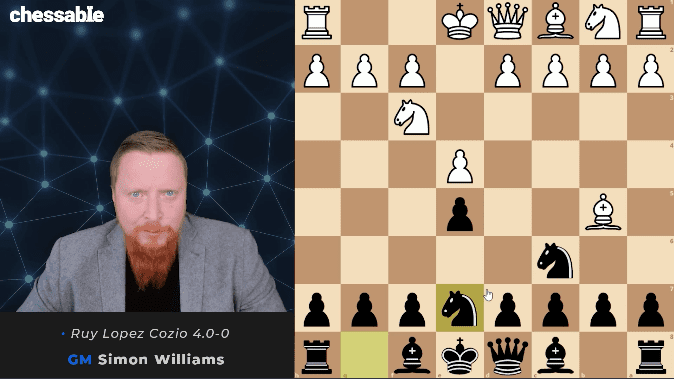 In Simon’s own words:

‘This is my main recommendation against the Ruy Lopez. Experience shows that many players of the white pieces are unprepared for this move, even dismissive of it, and assume that with some simple moves, found over the board, they will get an easy advantage. This is not the case.’

‘This is not just a playable variation from a practical point of view; it is entirely objectively playable and there are very few lines where White can claim a clear edge and these almost certainly need to be known beforehand.’

I especially like the way Simon makes use of the specific knight placement in the Cozio Defense. White’s dark squares will be under observation and sometimes occupation as the knight dances across the kingside squares to cause the opponent’s king some anxious moments. 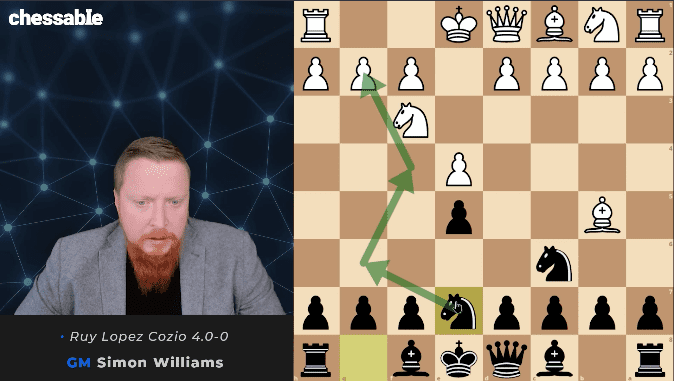 Head here for further details on the Chessable course, which offers Black a full repertoire based on 1 e4 e5.