If you checkmate your opponent’s king you win the game. This is not a secret and it sounds so simple. Yet chess is a very complicated game and your opponent will be working very hard to checkmate you before you can get to their king.

It makes perfect sense to build up your own personal bank of checkmate patterns. Then when such patterns appear in your games you will be able to spot the opportunities much faster.

Imagine uncorking one of these six fabulous checkmates in your own games! Apart from winning the game in fine style you will also have the pleasure of saying immortal lines such as: ‘Oh yes, that was Anastasia’s Mate; one of my favourites.’

For each of the following checkmates, try and follow the moves between the two diagrams in your head, which will help to develop your powers of visualisation.

In fact Anastasia’s Mate is a great place to start.

This checkmate derives its romantic name from a book called Anastasia and the Game of Chess by Wilhelm Heinse. It was published in 1803 and features various chess positions presented under the guise of s series of fictional letters. 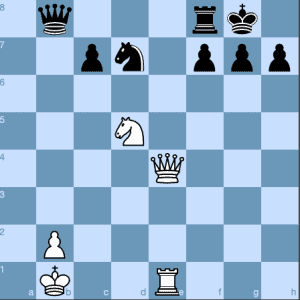 The Black king seems to be perfectly well protected by the familiar wall of pawns.

First, we check the king into the corner of the board.

A queen sacrifice is required to tear away a key part of the defense.

Giving up a queen for a pawn is usually a very bad idea, but it is essential to open up the h-file for the final check.

Forced; there is no other possible move.

The knight, with its extraordinary dexterity, prevents the black king from moving to either g8 or g6. 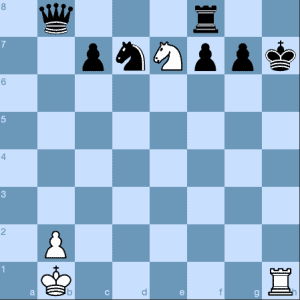 Our next checkmate is named after Gioachino Greco c. 1600 – c. 1634), a famous Italian chess player and writer.

Some of Greco’s games have survived and can be found on most modern chess databases. They are usually short and more often than not end with an early and spectacular checkmate, making them ideal for instructive chess lessons. 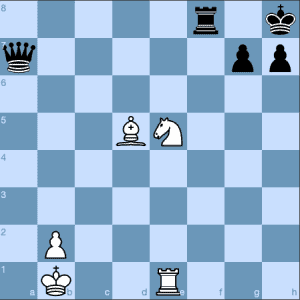 As in Anastasia’s mate, we start with a sacrifice to open up a file.

The brain is likely to be focusing on the f7-square (traditionally the weakest of all) but after  the careless 1 Nf7+ Rxf7 2 Bxf7 Qxf7 3 Re8+? Qxe8 Black wins easily.

Black has absolutely no choice.

Black has powerful pieces but they are helpless in this position. 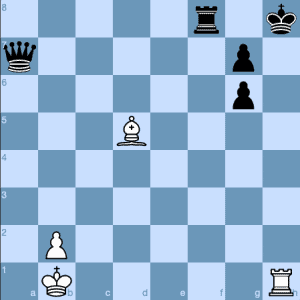 Go back in several hundred years and challenge someone to a game of chess. There will be  number of surprises for you, including the fact that the queen was the weakest piece on the board.

Players had to be much more creative with their checkmate patterns.

The Arabian mate, which dates back to the old Persian of chess known as Shatranj, shows imagination and creativity coming together with the powers of the rook and knight. 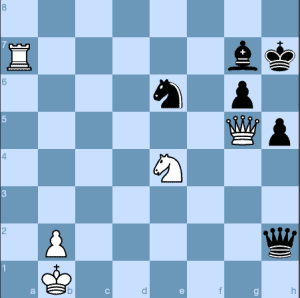 The king had to go into the corner as 1 …Bxf6 is impossible, due to the pin by the white rook.

This time, with great irony, the bishop is forced to move.

Now the path for the rook is clear. 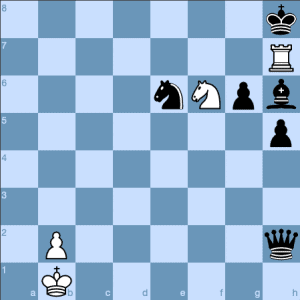 The rook and knight combine equally well in our next checkmate pattern. 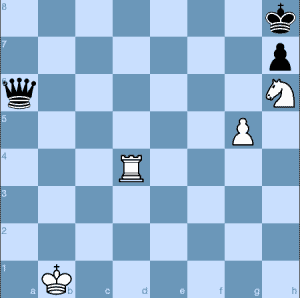 This doesn’t look too serious for Black, even though the king is in the corner. However, checkmate appears in just two moves.

The name derives from the action of the knight, which is acting as a hook on which to hang the rook. 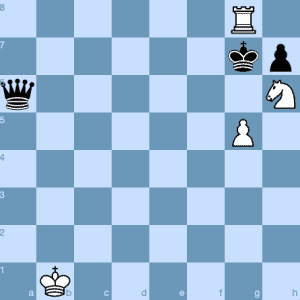 The next checkmate pattern is named after a strong player and noted chess author.

Vladimir Vuković certainly knew his checkmate patterns. He is the author of a fabulous book called The Art of Attack in Chess, which is available as a Chessable course (find out more here).

White is outgunned here in the material sense but nevertheless the position contains a forced checkmate.

Not only checking the king but also defending the rook.

Exemplary coordination by the white pieces.

Today’s finale is perhaps the most common of our six checkmates, but it has never lost its beauty. 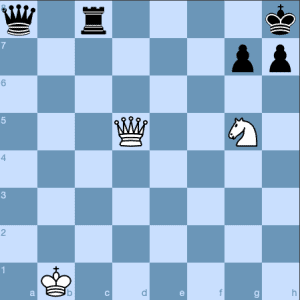 François-André Danican Philidor (1726-1795) was the best player of his time. His chess games contain much of interest and students will discover a marked tendency for pawn play – especially when compared to the game of Greco.

He was also an important writer on the age of chess. His famous book l’Analyse du jeu des Échecs contains many pearls of wisdom, including this one, which refers to the pawns:

‘They are the soul of chess: it is they alone that determine the attack and the defence, and the winning or losing of the game depends entirely on their good or bad arrangement.’

2 …Kf8 is even worse, because of the standard 2 Qf7 checkmate.

This looks ridiculous at first glance and it is a very difficult move to find unless one has seen the pattern before.

This is forced. 3 …Kxg8 is not possible because the knight protects the queen.

The brilliant finale. Just compare the respective strengths of the two forces. 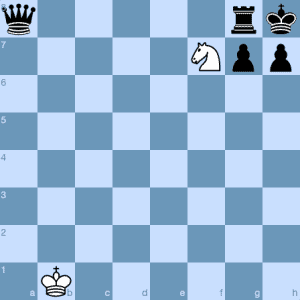 We will add more checkmate patterns to the blog in due course.

Meanwhile, head for our Basic Checkmate Course by International Master John Bartholomew to find out which other checkmate patterns it has in store for you.

We also have a brand new Welcome Course on Checkmate Patterns, which is free to everyone.

Keep an eye on the Grand Final of the Magnus Carlsen Chess Tour to see if any of the above checkmate patterns occur!

Learn how to Train Your Chess Pattern Recognition here.