Our series on checkmate patterns is attracting considerable interest and we now present examples showing the patterns in action.

A sound knowledge of the standard checkmate patterns will enable a player to pounce as soon as the opportunities present themselves over the chess board.

These patterns do not simply occur in the games of novices. Out first example is from the highest level of chess – a match for the World Championship. 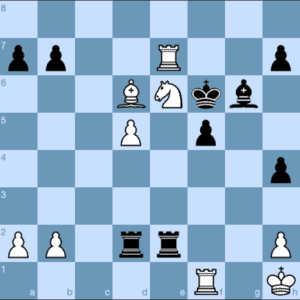 This match was in the balance all the way through. Steinitz led 9-8 in wins when this game was played. Chigorin is a piece up and is well on the way to equalising the match score. 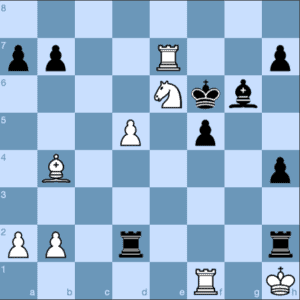 Chigorin resigned (0-1), giving Steinitz his tenth win of the match, which ended the contest. 33 Kg1 Rdg2 is a classic example of the Blind Swine Mate. 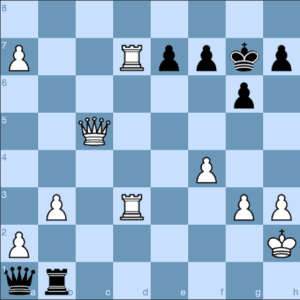 Bobby Fischer always had an excellent understanding of the various checkmate patterns. In this game he has sacrificed material because he knows the end is in sight. 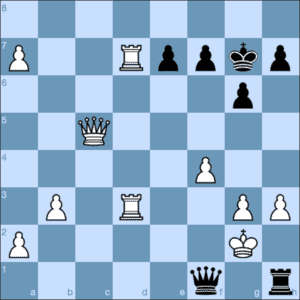 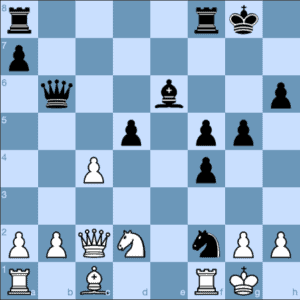 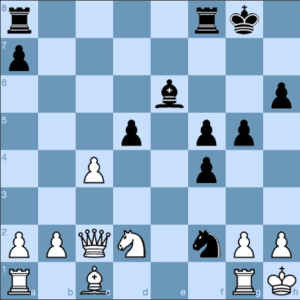 It is not often we find a future World Champion on the receiving end of one of our classic checkmate patterns, but we now see Vidmar dealing out a particularly instructive example of Anastasia’s Mate against the man who would take the ultimate title in 1935. 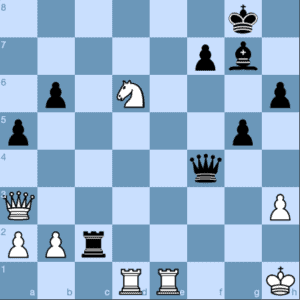 Euwe is threatening checkmate with 34 …Qh2. Vidmar has to act quickly. 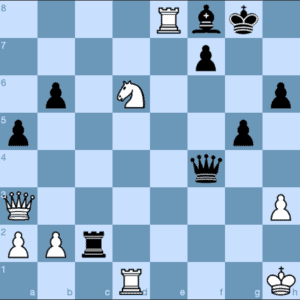 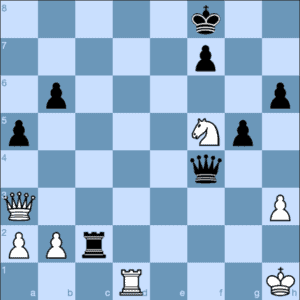 Euwe resigned here (1-0) because he is going to be checkmated before he has the chance of playing his intended …Qh2.

We finish with an Arabian Mate, featuring two of the world’s top players. 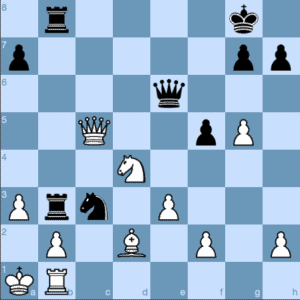 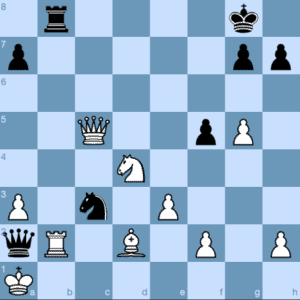 We will have more Checkmate Patterns in Action for you soon.