Malcolm Pein brings his coverage of the Opera Euro Rapid Tournament up to the end of the preliminary rounds in today’s Daily Telegraph chess column.

Two big names took a tumble and are out of the tournament.

In a dramatic finale to the Opera Europe Rapid preliminaries on Chess24, speed chess supremo Hikaru Nakamura and Candidate Ian Nepomniachtchi failed to make the final eight. The main beneficiary was Daniil Dubov, who finished strongly and ended with 7.5/15 to come ahead of Nakamura on tie-break.

In round 12, Dubov crushed Ding Liren with his patent gambit line of the Catalan where he foregoes castling and storms the kingside with his king in the centre. 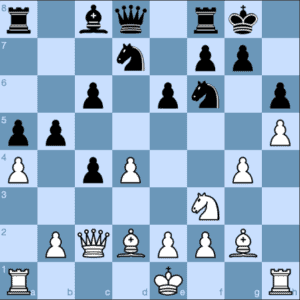 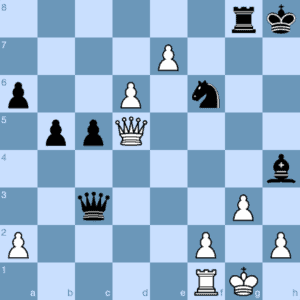 How did White secure the advantage?