The Opera struggle has left strong players with an uphill battle to qualify for the next stage  of the tournament.

Having won four games in a row on the opening day of the Opera Europe Rapid, Magnus Carlsen was a little less impressive on day two. The world champion survived a perilous position against Ian Nepomniachtchi as he drew four games before unleashing a bolt from the blue to floor Hikaru Nakamura and maintain the overall lead.

That left Nakamura back on 50 per cent and with work to do to qualify for the knockout stage, in contrast to which Wesley So and Anish Giri were well placed on 6.5/10, just half a point behind Carlsen.

At Wijk aan Zee, Maxime Vachier-Lagrave lost three times with his beloved Sicilian Najdorf. He switched to 5…Nc6, the Classical Sicilian, but lost with it to Aronian and Giri. 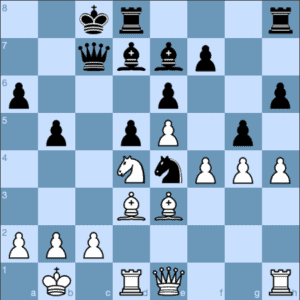 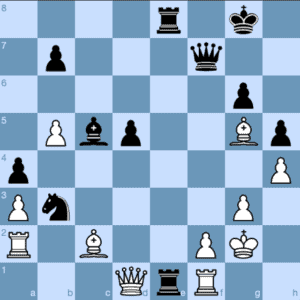 Black has just played 32…Re6-e1?? What had he overlooked?