Today we continue with our occasional series on chess tactics with an examination of forks and pins.

Specifically, today’s examples show the two tactics working together to help one of the players land a crushing blow.

First, a reminder of what the two tactics are all about.

A fork is when one piece attacks two or more of the opponent’s pieces at the same time. 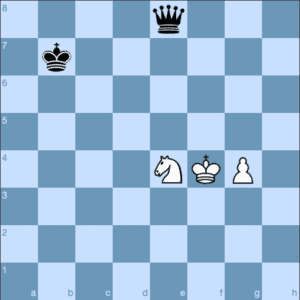 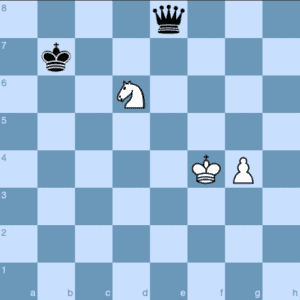 Both pieces are under attack and only one can survive. In this case, the black king has to escape from check and White will then capture the queen with 2.Nxe8, obtaining a winning position.

With a pin, the attacked piece cannot move without exposing a more valuable piece. 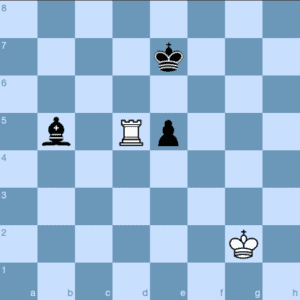 Black plays 1…Bc6, pinning the white rook against the king. 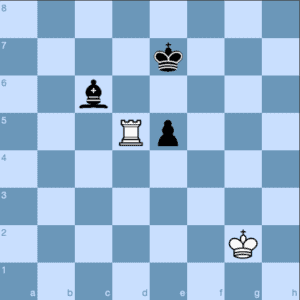 The rook cannot move away from the bishop’s attack as that would voluntarily place the king in check – which is against the rules of chess. Therefore Black will be able to capture the rook on the very next move with 2…Bxc6, regardless of what White plays.

The next three examples demonstrate exactly how pins and forks can combine to produce an even more powerful tactic. 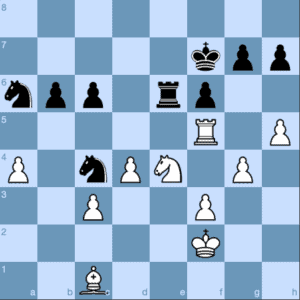 Capablanca won the match, 6-4. Only two games were decisive, including this one.

The white rook is pinning the f6-pawn against the black king. This allows Capablanca’s knight to create a fork on g5. 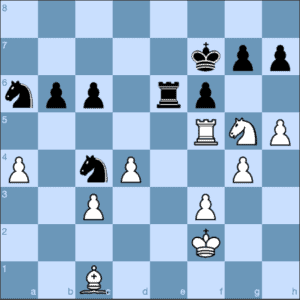 Euwe’s king and rook are both under attack. The pinned f-pawn is not allowed to capture the knight as it will result in the king being exposed to check. Euwe is going to lose a rook for a knight after 31…Ke7 32.Nxe6 Kxe6. Against a player of Capablanca’s calibre, it really is a waste of time and energy playing on in such a losing position, so Euwe resigned here; 1-0.

Gyula Sax isn’t so well known now, but for many years he was one of Hungary’s top Grandmasters.

He reached the Candidates stage of the World Chess Champion twice, only to be eliminated by Nigel Short in 1988 and Viktor Korchnoi in 1991.

Sax was a dangerous tactician and he used his attacking skill to win the 1975 Rovinj/Zagreb tournament from which this game was taken. 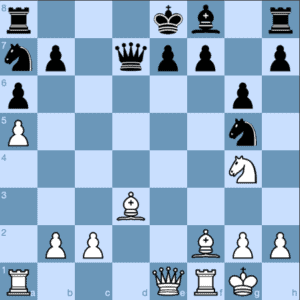 There are many things wrong with Black’s position here, including his poor development. He is still trying to castle, but the game is virtually over. 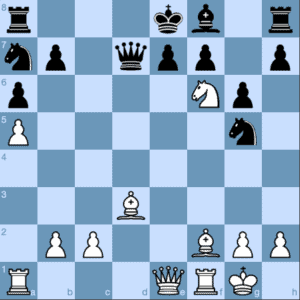 Note how the pin on the e-pawn by the queen on e1 prevents Black from capturing the knight. Facing a ruinous material loss of queen for knight, Minic resigned; 1-0.

The next example is much more complicated.

Lajos Portisch and Viktor Korchnoi played each other many times over a significant number of decades. Their games were always real heavyweight encounters. 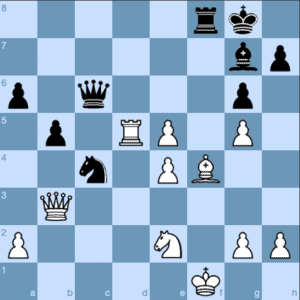 This is a very complicated position. Korchnoi proceeded with a surprising queen sacrifice.

The point of Black’s sacrifice is not immediately clear, but his next move reveals the idea. 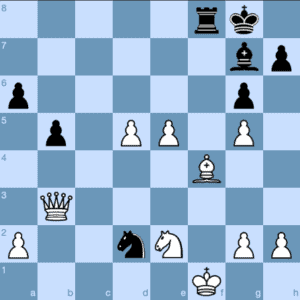 A knight fork on the king and queen! The white bishop cannot capture the knight as it is pinned against the king by Black’s rook.

This wasn’t the end of the story, as White’s central pawns are very strong – but Korchnoi eventually converted his advantage into a win (0-1, 72).

We will examine more chess tactics soon, but if you have missed any parts of our series then you can catch up here:

Stalemate! Startling Chess Tactics to Save the Game

Chess Tactics in the Endgame

If you would to investigate more deadly chess tactics then it is time to head for our Chessable tactics courses.