It is Checkmate Monday once again and today we present three of Capablanca’s checkmates.

Although we tend to associate Capablanca more with his extraordinary endgame skill than with checkmating attacks, he was still more than willing to wind up a game with a direct attack on the opponent’s king.

Top of the World

The first example is from the big title match of 1921. 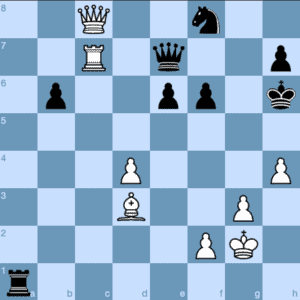 Lasker’s position is hanging by a thread. He moved his queen out of the attack of the rook into a more central place.

Perhaps he will be able to prolong the game with 47 …Qd5+ if Capablanca fails to find the best move?

This queen sacrifice cuts the thread and ensures the victory. 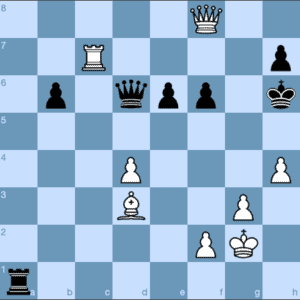 The next example is far away from the rarified atmosphere of a title match. Capablanca’s attack here his more reminiscent of the games of Mikhail Tal, the eighth champion of the world. 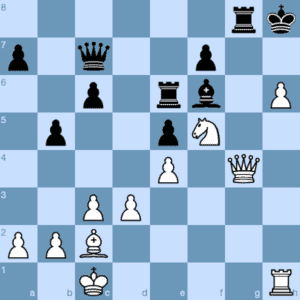 A queen sacrifice on an empty square. Checkmate is now forced. 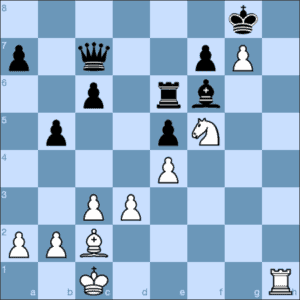 Tough at the Top

Back to the big matches. Capablanca lost his title to Alexander Alekhine in 1927 after a titanic struggle over 34 games. Unfortunately for the defending champion, his best game was the third one of the match. He underestimated Alekhine (as did many others, as strange as it seems in hindsight).

However, Capablanca must have enjoyed this game, which was the first of his three wins in the match (Alekhine won six games). 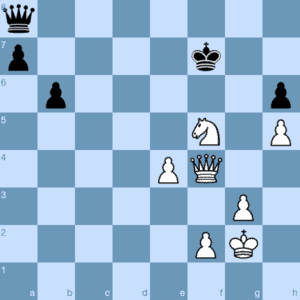 Alekhine’s connected passed pawns on the queenside are not dangerous as they have  a long way to go before the threat of promotion becomes a cause for concern.

Meanwhile, Capablanca’s extra knight (and pawn) on the kingside represent a winning advantage.

What is the most accurate move now? The chess player’s brain will immediately begin examining the discovered checks following a knight move. Capablanca, however, left the knight where it was as he had worked out a checkmate in three moves.

As tempting as the discovered checks may be, this queen check is much better. The knight is perfectly positioned to assist with the checkmate. 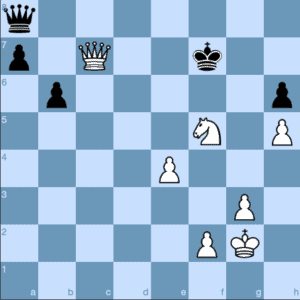