Today we continue with the theme of the week with a look at examples of chess tactics in the endgame.

It is a mistake to think that tactics occur only in opening traps and packed middlegame positions. They can occur at any moment in the game – and that includes positions with a small amount of material.

One’s tactics antenna must remain fully operational until the very end of the game.

Here is a classic, which everyone needs to know. 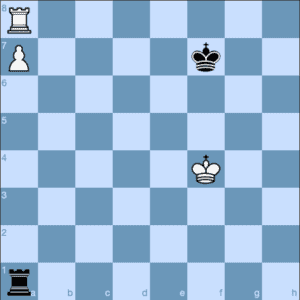 White is a pawn up, but his own rook is blocking it from advancing any further. A normal-looking move such as 1 Rb8 allows Black to simply capture the pawn with 1 …Rxa7.

How does White force a winning position and which tactic can be used?
1 Rh7! Rxa7 2 Rh7+ and Rxa7 is an excellent example of a skewer in action. If Black doesn’t capture the pawn then 2 a8=Q is easily winning for White.

This is another classic. When I first saw this one it looked like a magic trick. 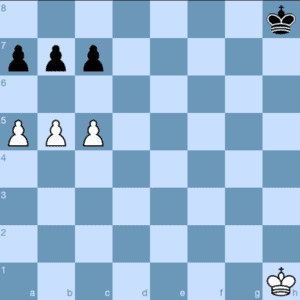 Being alert to tactical possibilities can overturn a material disadvantage, such as in this position. 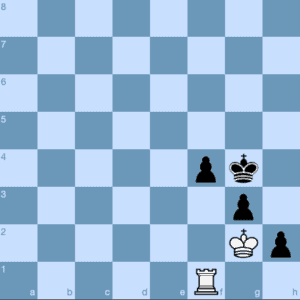 Rooks are worth five pawns, but Black only has three. Furthermore, the pawns appear to be blockaded. Yet Black can force a win from here. What would you play? 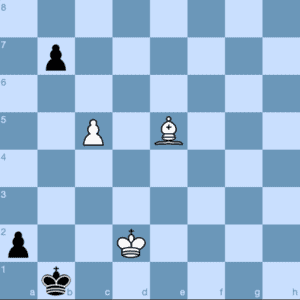 Can you see how White can force a win from the diagram position?

Let’s not forget that tactic don’t always lead to a win. Sometimes, as we found out last time, a draw is the objective. 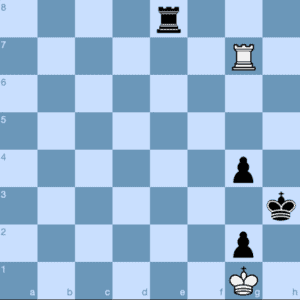 White to play and draw

We will examine more chess tactics in the endgame another time, but if you have missed any parts of our series on tactics then you can catch up here:

Stalemate! Startling Chess Tactics to Save the Game

Meanwhile, if you would to investigate more deadly chess tactics then it is time to head for our Chessable tactics courses.

Incidentally, if you would like to check your answers to the above questions, simply highlight the white space beneath each diagram!

Don’t miss tomorrow’s post, which is an interview with a Grandmaster noted for his tactical prowess!