Your weekend reading is here as our ongoing series of interviews continues with a discussion with Grandmaster Sahaj Grover.

Grandmaster Grover has made quite a name for himself since winning the 2005 Under-10 World Youth Chess Championship. Currently aged 25 and with a FIDE rating of 2504, the future looks very bright for the young Grandmaster.

We were very pleased to be able to interview Sahaj for our ongoing series.

My father bought my brother a chess set for his birthday and was teaching him (as a hobby) when I joined.

Slowly but surely I began understanding basic chess concepts with their help. Both had a heavy influence on my chess during the early years of my career.

I remember my father used to come home after a long day at work (maybe 9.00 – 10.00 p.m. or so) and then he would read me chess books, help me solve combinations and play practice games with me.

Within a few months of my brother and father training me, I went to my first tournament which was some university event (I was four years old) and I managed to score 2.5/5 in that field.

Since then, my mother took over and travelled with me to every chess tournament and made sure I had what I needed to keep my focus.

Did you have any particular chess heroes or role models to inspire you in the early
days?

Bobby Fischer and Vishy Anand were my role models growing up. In fact, nothing has changed even now!

Which chess books did you find most instructive or inspirational during your early
years?

My 60 Memorable Games by Fischer and Nigel Short, Chess Prodigy: His Career and Best Games by David Short. Apart from this, I didn’t read many chess books from beginning to end but rather sections which my trainer at the time found to be useful (I was extremely lazy).

Yes, I worked with GM Abhijeet Gupta for the most part of my life, who had a hand in my growth as a player.

I remember this one time when I was playing in the World Juniors in Chennai 2011. After scoring 3.5/4, I lost two games back to back where I made one-move blunders and lost very quickly.

I was quite demotivated and had lost hopes of a podium finish. Abhijeet was meant to arrive at the apartment I was staying at for the duration of the tournament, and he helped me cope psychologically and of course with preparation.

I ended up scoring 4.5/5 in the last rounds and secured a bronze medal!

Not right now, for the most part of my life IM Vishal Sareen trained me and he helped me become a Grandmaster. I have also trained with Chuchelov, Sokolov who also had an influence in my chess career.

I like to think of myself as a dynamic player, but this is something I am still trying to figure out!

In recent years, I would say the games of Shakhriyar Mamedyarov and Richard Rapport were quite influential. I also recommend Sokolov’s book Sacrifice and Initiative which is very useful to understand dynamic play. 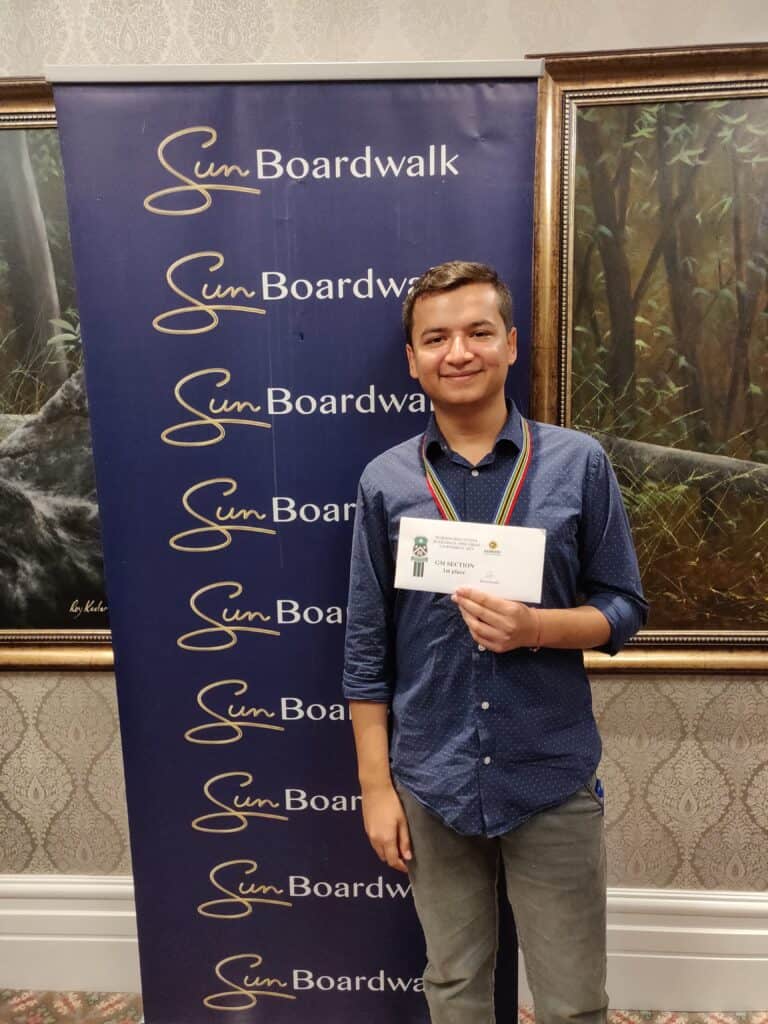 Online elite chess events have been a major success over the Summer. Do you
embrace the new era of digital chess or are you eager for real-life, over-the-board
action to return?

I am very happy with how chess has grown these last couple of months, but I prefer over-the-board chess, hands down.

I got involved through Daniel Barrish. We were on a phone call one day and he pitched this idea of collaborating a course on endgame strategy. I liked the idea and was immediately on board!

Endgame Strategy by FM Daniel Barrish and GM Sahaj Grover will be released imminently. What can we expect from the course?

Readers will find a comprehensive guide on endgame strategy, this is not a theoretical guideline but rather a practical approach on how to play winning, worse and equal endgames. Furthermore, readers will learn the different types of approaches one must keep in mind when encountering such situations in a game.

I believe that just by having an awareness of how one must approach the position makes a massive difference in understanding endgames.

How did the collaboration come about?

I have been living in South Africa for the last three years and have known Daniel for quite some time. We get along well, so it made sense.

It took us about four-five months to complete this project.

How does it work when you have a co-author; do you work together on
everything or do you work on different parts of the course independently?

We sat together and created a layout for which parts to cover where Daniel did the admin work as he has experience working with Chessable. After the layout we divided on who will cover what and then finally we sat together once again to create consistency for the course.

I am working on a Four Knight Spanish course which is due to be released in January. The idea is to eliminate sidelines one faces with Spanish mainline and provide a comprehensive repertoire against 1…e5.

100%; I had taken a break from chess to complete my undergrad which will be finished end of this year, after that the plan is to work on my own chess full time.

To reach my full potential.

Club players are always interested in ways to improve their game. What advice
would you offer to them?

I always suggest to my students to work equally on all parts of the game. So if you have three hours per day of chess-time, I would equally divide (one hour each) on openings, middlegames and, of course, endgames.

Here are snippets from the games, just to what the appetite. The full versions may well appear in our series on Chessable Authors in Action! 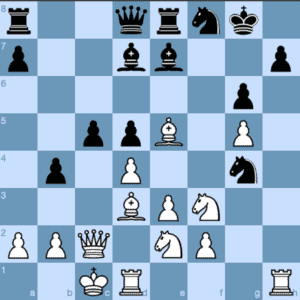 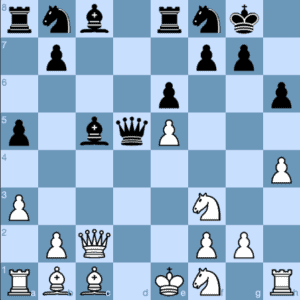 15 Bxh6!? gxh6 and White switched the queen to the kingside with Qa4-f4, lifted the rook into the attack via h3 and won in 25 moves.

Do you have a favourite game from history?

I can’t pick one…there would be many. Just like in a basketball game, it’s not easy to pick out one game that stands out the most.

And finally…which aspect of your chess life gives you the most satisfaction?

Definitely as a player. There is no better feeling than winning a well fought game! 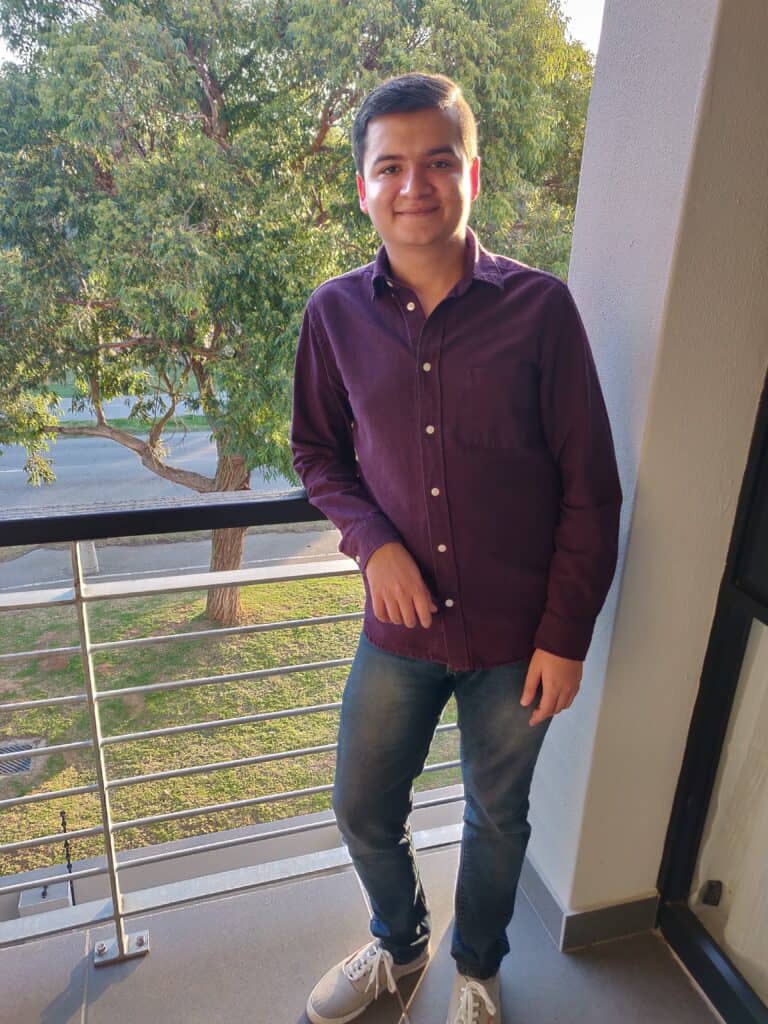 Thank you very much, Grandmaster Grover!