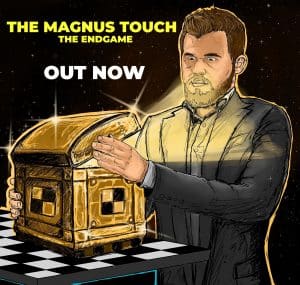 Today we celebrate the release of The Magnus Touch: The Endgame.

This brand new – and hugely anticipated – Chessable course has been assembled by an all-star cast. Grandmaster Peter Heine Nielsen, International Master Christoph Sielecki and International Master John Bartholomew have collaborated on the project as, of course, has the World Champion himself, Magnus Carlsen.

Carlsen’s reputation for squeezing winning chances out of the most innocuous-looking endings places him in a very small group of players with a similar ability. José Raúl Capablanca, Bobby Fischer, Viktor Korchnoi and Anatoly Karpov always spring immediately  to mind.

What allows such players to create something out of virtually nothing? A large amount of skill is obviously an important factor. We can add tremendous patience, an extremely strong will to win and sheer determination to the list.

The Magnus Touch: The Endgame utilises our MoveTrainer™ facility, which offers a significant way of absorbing the information.

We gave details of the a free lesson just a few days ago but now is the time to investigate the full course.

Carlsen’s ability to win drawish endings such as this one sits somewhere between the magical and the ridiculous. 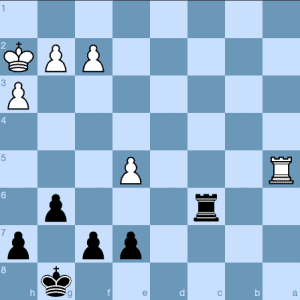 I am sure most players would agree to a draw here. Many would think White has a very tiny advantage due to the extra space granted by the advanced e-pawn.

In truth, it the position of the white e-pawn that gives Carlsen something to target.

He played 39 …Rc4! which doesn’t look like much at first glance. However, White’s e-pawn is suddenly left feeling a shade lonely as f2-f4 is more difficult to achieve.

Fast forward a number of moves and we find, with more than a hint of irony, that the e-pawn is still in position but all of the other white pawns have gone. 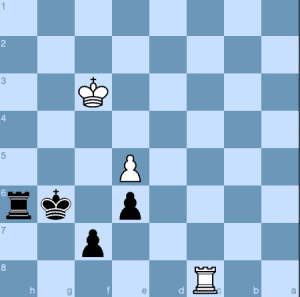 This is clearly still a very difficult position from which to make substantial progress.

According to the course:

‘Black is up a pawn now, but the old saying that all rook endgames are drawn still has some merit. White is still able to hold, but now he needs some precision.’ 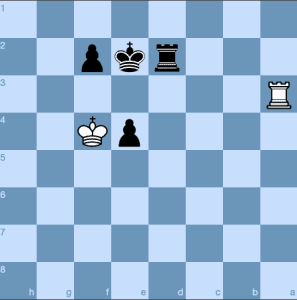 Carlsen has just played 100 …f2 and Ponomariov resigned here (0-1).
100 moves! That really is determination in action. The full game is given in the course and the key moments are analysed.

As the course puts it, Carlsen ‘shares his secrets on how to snatch wins from the jaws of drawishness.’ Such a technique will be extremely useful in your own club and tournament games.

Head here for further details on The Magnus Touch: The Endgame.

Meanwhile, why not see if Carlsen is currently weaving his endgame magic in the Grand Final of the Magnus Carlsen Chess Tour? chess24 has all the action from the games with expert commentary from a plethora of chess stars.