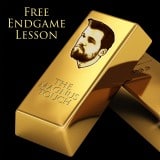 This is a sample from a very special Chessable course and one which we are sure is going to prove extremely popular.

The full course of The Magnus Touch: The Endgame is about to be unleashed in the very near future.

From Strategy to Endgame

The course created quite a stir, and rightly so.

This time we are entering the domain in which Magnus Carlsen appears to have no equal. We have frequently seen the World Champion magically conjure up serious winning chances from even the most innocuous looking endgame positions.

How does he do it? It is time to find out.

Carlsen somehow found the time between all of his online tournaments to sit down with International Master John Bartholomew and reveal some secrets from the endgame department.

Pushing With a Tiny Edge

Take a look at this position, which is from game six of Carlsen’s 2013 World Chess Championship match against Anand. 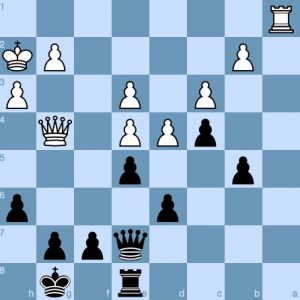 First, we have to readjust our thinking to put this game into context. Carlsen was the challenger during this match, not the champion.

He won game five to take the lead in the match. Under the circumstances a draw would be a perfectly good result, especially as it is not at all clear how any serious winning chances can be generated.

Carlsen played 28 …Qb7, which is strong move. There is a veiled threat to Anand’s e4-pawn. If White were to allow 29 …exd4 then 30 …Rxe4 would swiftly follow.

Therefore Anand played 28 Rd1, which enables him to meet 29 …exd4 with 30 Rxd4, when the rook helps to defend the pawn.

I don’t want to give too many of the lesson’s instructional points away here, but it is extremely interesting to see how Carlsen manages to progress from the tiny edge he held in the first diagram to reach this winning position. 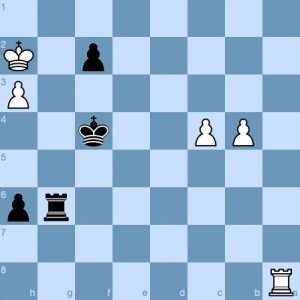 Even here, care is required. Carlsen now played the best move, which brought about Anand’s resignation. What is it?

There, is however, an easy way to go wrong. What happens if Black promotes the pawn immediately with 67 …f1=Q?

Head for The Magnus Touch: Free Endgame Lesson to find the answers to the questions and to learn about the moves, tactics and plans that occurred between the two diagrams.

It will also whet your appetite for the excellent material still to come in the full course.

Meanwhile, catch up with Carlsen’s games in the Grand Final over at chess24. Stay tuned long enough and you are almost certainly going to see his legendary endgame skills in action.