Magnus Carlsen won the first mini-match of the chess24 Legends of Chess final last night – but it was far from plain sailing.

Ian Nepomniachtchi, who had needed to play an extra mini-match to knockout Anish Giri in their semi-final, caused significant problems for the World Champion.

The four Rapidplay games saw the two finalists battle it out to a 2-2 draw, but Carlsen went on to win both of the Blitz games to ensure he finished the first day with a valuable lead.

Nepomniachtchi needs to win today’s mini-match to force the chess24 final into another day of action.

Neither player is relying on solid play. The first game of the match set the scene admirably, with Carlsen relying on the Najdorf Variation of the Sicilian and Nepomniachtchi utilising the rare 6 Rg1, rapidly followed by an early lunge by the g-pawn.

The game was wild and it went into a queen and pawn ending – with Carlsen’s passed pawns proving to be the decisive factor. 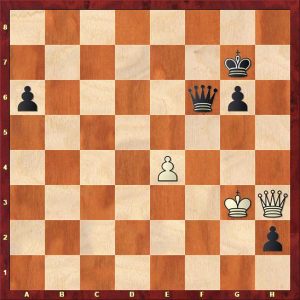 The second game was also a full-bloodied battle, this time featuring the Grunfeld Defence. Curiously, it all came down to another queen and pawn ending, but this one lacked any passed pawns and was drawn.

The third game – another Najdorf with 6 Rg1 – brought the house down, with Nepomniachtchi unleashing an early and devastating attack to win in just 21 moves. 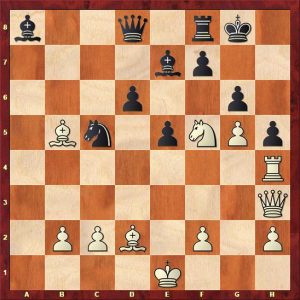 This is the position after Carlsen’s rather desperate attempt at keeping the path to his king closed with 19 …h7-h5. Unfortunately for him the path is forced wide open by the sacrificial 20 Rxh5! After 20 …gxh5 21 Qxh5 Now both 22 g6 and 22 Qh6 are both huge threats. Black can only avoid a speedy checkmate by jettisoning lots of material. There is little point wasting energy by playing on a completely lost position so Carlsen resigned instead.

The match was level, with just one Rapidplay game left!

The fourth game was a dull draw. Both players had clearly decided to ‘stick’ rather ‘twist’. For Carlsen it was the opportunity to play some stabilizing chess after what must have been a very painful defeat.

What would the Blitz games bring to the table?

The short answer is: two wins for Carlsen. However, the games were very complicated and Nepomniachtchi certainly had his chances.

The first was yet another Sicilian Najdorf and the second saw Nepomniachtchi muddying the waters with the Modern Defence.

Needing a win to level the match, Nepomniachtchi was doing well with his bishop pair looking strong against Carlsen’s two knights. The World Champion then sacrificed one of the knights to change the trend of the game. 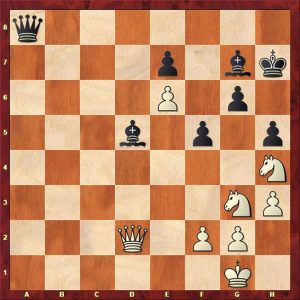 Not many people would take the white pieces in this position. This is where Carlsen changed the course of the game with the bold 34 Ngxf5!? gxf5 35 Qg5, when all of Black’s pawns are suddenly very weak.

Once the smoke had cleared we had the rarely-seen scenario of three connected passed pawns against one bishop. 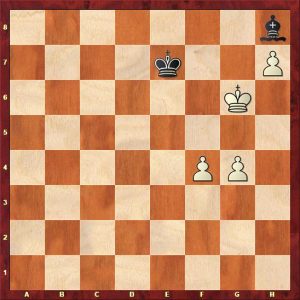 Despite nominal equality, the bishop cannot back three pawns in such a situation.

All is now set for what will surely be another excellent evening of chess in the chess24 final.

Follow all of the action live over at chess24.